Working out in the tomato fields of Central Valley, the young woman from Mexico was told by her supervisor that he needed her help in another area of the 15,000-acre farm. 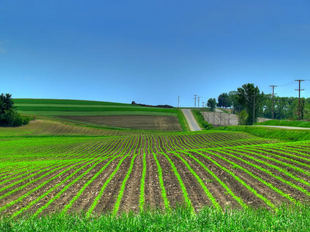 He drove her recklessly toward an isolated area, dense with almond trees. And there, he raped her. She would later report to the grower’s administrators that it happened twice more. The response? Reassigning her to an area that was even more isolated and closer to her attacker’s home.

San Bernadino Sexual Harassment Attorney Houman Fakhimi recognizes this case as one of the first ever involving an immigrant farmworker to go to trial. Ultimately, the U.S. 9th Circuit Court of Appeals upheld a $1 million award granted to her by a jury in the case.

That was six years ago. As the Center for Investigative Reporting has recently revealed, life hasn’t gotten much better for California’s agricultural workers, particularly the females.

While we reported earlier this summer in our Sexual Harassment Lawyer Blog about this epidemic, it’s worth revisiting, particularly as we move into the fall harvest season.

The CIR, in conjunction with FRONTLINE and Univision, spent more than a year investigating the problem across the country. California was found to be a hotbed of such activity, as we are home to one of the country’s most productive agricultural regions and have one of the largest farmworker populations.

It’s practically impossible to measure the full scope of sexual harassment and sexual violence faced by California’s agricultural workers. So much of it goes unreported and even what is reported is oftentimes repressed or dismissed. Too often, workers are unaware of their rights. They face language barriers and an intimidating bureaucracy. They are afraid of losing their jobs, often their family’s sole means of support. They may have also been threatened with deportation or other negative consequences if they push the case further.

The hope was that a few victories would show workers that these cases could be won, that this was not mistreatment they should be forced to endure. However, CIR reporters found that fear remains a powerful force in the fields.

In more than three dozen recent federal sexual harassment lawsuits filed by California’s agricultural workers over the last 15 years, the CIR found that:
–In almost all cases, the accused held powerful positions in the company;
–In more than half of all cases, the accused had targeted more than one worker for abuse;
–In cases in which rape had been alleged, the accused supervisors stayed on in their posts for years without arrest or even investigation;
–Four out of five workers who reported problems of sexual harassment were retaliated against in the form of demotion or firing. Some were subjected to further abuse.

More than 1,100 complaints of agricultural worker sexual harassment have been filed with the U.S. Equal Employment Opportunity Commission since 1998. Many of those complaints are settled, with the terms being confidential. Often, the company at the center of the claim does little to change its policies to prevent future cases.