In an exceedingly unusual case of Los Angeles workplace danger, a chemistry professor at UCLA is facing criminal charges following a lab fire that resulted in the death of a 23-year-old assistant. 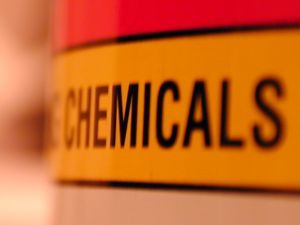 Orange County employment attorney Houman Fakhimi has been closely following the developments of this case, which stem from an incident in 2008. The professor is facing an upcoming arraignment on several counts of willfully violating the standards set forth by the Occupational Safety & Health Administration.

Here’s what reportedly happened, according to the L.A. Times:

The assistant was in the lab in late December 2008 handling a syringe to transfer a chemical from one container to another. She apparently was not wearing a protective lab coat. The syringe somehow came apart in her hands. The chemical compound, known as t-butyl lithium, catches fire when exposed to oxygen. The assistant suffered severe burns over half her body and died less than a month later.

The chemistry professor, who was overseeing the program, as well as several others within the chemistry department, have been accused of not reporting unsafe working conditions, not requiring appropriate safety gear and clothing and not offering enough safety training.

The 42-year-old professor is facing nearly five years in prison, while the regents of the program could be fined as much as $4.5 million.

The case has raised a host of concerns about safety at the university, as well as the training and supervision provided by the professor, considered a prominent figure in the field. He had joined the school just a few months prior to the incident.

The Times reports that this is the first case of its kind, in which someone in the academic field is charged criminally as the result of a death in the lab. Our Orange County employment attorneys realize that all employers have a responsibility to do everything possible to protect workers. Usually, we don’t think of fatal workplace accidents as happening outside of perhaps the construction industry. Clearly, though, that’s not the case, and the legal system is now pushing for accountability.

Last year, the college was fined nearly $32,000 by the California Division of Occupational Safety and Health, saying the assistant wasn’t properly trained and wasn’t wearing the right gear.

The university defends the professor, calling the charges “outrageous” and “appalling,” and saying the assistant had been properly trained, and that the incident was simply an experiment that went tragically wrong.

An attorney for the family vehemently disagrees, saying that the failure of the professor and school as a whole to implement appropriate precautions led to an extremely painful death for the assistant, a Pakistani native and recent college graduate. Furthermore, the attorney said, the factors that led to her death were not accidental – they were negligent.

The professor is talking a possible plea deal with prosecutors, though it’s not yet clear what the terms of that may be.
END_OF_DOCUMENT_TOKEN_TO_BE_REPLACED

Many critiques, especially those who represent employers, argue that statute which make the prevailing employees entitled to attorney’s fees should be amended as such laws promote litigation. I disagree!

Major corporations and most businesses have lawyers on staff or retainer and at the first indication of litigation they will unleash their legal team on the employee. Although most employee rights attorneys are capable, experienced and dedicated lawyers, there can be no doubt that employee’s rights attorneys don’t have the resources available to employers’ attorneys. As a result, attorneys who take employee cases are always fighting an uphill battle and face enormous odds. Attorneys representing employers however, get paid per hour (many times $500 per hour or more) and will get paid loose or win. Should an employee prevail in his/her case she will only receive what is rightfully hers and nothing more. Now, would it be fair to have her pay percentage if her rightful recovery to her attorneys? It would not. As a result legislators have inserted attorney’s fees clauses in most employee right statutes to ensure that capable, diligent and experienced attorneys take on sexual harassment, age discrimination, race discrimination, overtime non-payment cases and other cases affecting the workforce.

Without such provisions (attorney’s fees statutes) employees would never be able to hire qualified attorneys and will always be “out gunned” by employers. Removal of attorney’s fees clauses will have a “chilling effect” on employees seeking their rights. Of course, frivolous lawsuits and cases brought maliciously should always subject the party who brings it or the attorney who knowingly takes part in it to penalties and sanctions.

Our civil justice system is about providing Plaintiff or the party who brings an action or lawsuit with remedies. These remedies can either be in the form of damages or what are called injunctive remedies. Damage generally refers to monetary awards, while injunctive relief can be an order from the court to the defendants to do or refrain from doing something specific.

In a typical employment case the employee or plaintiff will sue the employer for damages. Damages that an ex-employee/plaintiff is entitled to are: past wages, future loss of wages, damages for emotional distress, interest on the losses, punitive damages and payment of plaintiff’s attorney’s fees. Should the terminated employee find a job or be offered his/her old job back by the employer then his or her loss of wages claims is limited to the sum he/she lost before the offer or finding of the new job. Emotional distress is a tricky scenario which involves evaluating many factors before a dollar figure can be assigned to a plaintiff’s losses. Of course, many defendants will try to make a big deal out of the fact that the Plaintiff may not have sought professional help or has not taken any medications. An experienced employment and discrimination attorney however, should be able to counter these points and recover a fair sum if the client has suffered emotional suffering. Finally, punitive damages will be awarded based on how egregious defendant’s conduct has been and how rich defendant is. There are many cases which direct the trial court to limit the amount of punitive damages.
END_OF_DOCUMENT_TOKEN_TO_BE_REPLACED