More than ever, Riverside employment litigation cases are being filed against companies that try to skirt their overtime responsibilities, as spelled out by federal law. 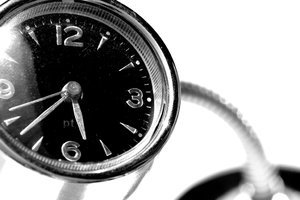 Now, our Riverside employment law attorneys are keeping a watchful eye on a case before the U.S. Supreme Court that deals with this very issue.

The case before the court is Fair Labor Standards Act?

To some degree, yes. These are tough economic times, and companies are trying to cut corners in any way they can. That includes trying to find as many ways as possible to get around the law, which requires that employees be paid for the hours they work. Since the measure was passed in 1938, executives and companies have tried to argue that this act was detrimental to industry. Of course, it’s not. They even go so far as to say that labor laws passed in 1938 have no bearing on the modern workplace of today. However, it really just comes down to the simple matter of fairly paying workers for the hours they put in.

At the heart of these increasing number of cases, though, is a greater awareness among workers. They are taking more time to learn what their rights are and what actions can be taken against those employers who try to take advantage of them.
END_OF_DOCUMENT_TOKEN_TO_BE_REPLACED

A pharmaceutical company was recently slapped with a $99 million settlement for not paying sales representatives overtime pay, Bloomberg Businessweek is reporting.

Orange County employment lawyers have seen many types of companies that try to twist rules and cut corners to maximize their profits. Sadly, executives — making six or seven figures a year, plus stock options — view low-level employees solely as a means to make this money. 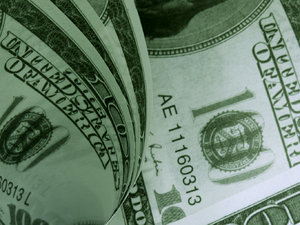 In some cases, businesses will look at wages or overtime as a way to save money. Often, though, this leads to a wage or hour dispute in Santa Ana. If companies are directing supervisors to falsify time sheets or deny money for work done, it can lead to complaints and lawsuits. Sometimes, these matters require the skills of an experienced lawyer to ensure the employee doesn’t get shorted.

In this case, according to the news article, the company found itself as a defendant in a lawsuit involving 7,000 former and current employees. A judge recently agreed to a $99 million settlement in the case, which goes back to 2006.

Workers settled the case before the U.S. Supreme Court was ready to decide if drug makers must pay overtime to up to 90,000 sales representatives. A drug company is challenging whether federal wage-and-hour laws protect sales employees.

According to court records in the case, sales representatives say they were denied overtime pay, in violation of federal wage laws. This federal law deals with most public and private employment and includes laws and rules for different types of industries.

A lower court has ruled that sales representatives should be allowed to receive overtime pay and now the nation’s high court is set to hear arguments on the matter. These workers may be entitled to back pay and lost wages.

Businesses will try to save money any way they can and doing it through the hard work of their employees is certainly an option they consider. Sadly, this can lead to major financial problems for an employee who is working more than 40 hours a week and not being paid for it.

In cases like this, it’s necessary to hire an experienced Orange County employment lawyer before you discuss the matter with your employer. If companies admit to fault, it can open up a wave of problems for them, so often when they don’t pay a worker overtime, they will continue to deny it and defend themselves in court, if necessary. Don’t let the company break the law and win.
END_OF_DOCUMENT_TOKEN_TO_BE_REPLACED

A group of celebrity investors have been named in a lawsuit by two men who worked for a restaurant and allege they weren’t paid proper wages and were refused legal break times.

Wage and hour violations in Orange County can make work downright awful. How much an employee was owed for working last week or companies trying to trade overtime for comp. time against California law can make for some of the most contentious and bitter disputes in employment law. 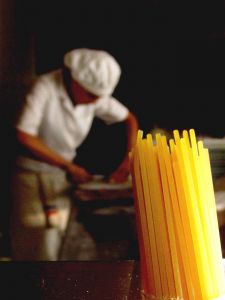 An Orange County Employment Lawyer who has spent years in the courtroom battling corporations over these issues must be considered if this is the case in your workplace. Going ’round and ’round with a boss or up the ladder with a company can be exhausting and unproductive. Get serious.

According to the Los Angeles Times account, two ex-employees claim they were shorted for overtime and weren’t allowed to take breaks for food and break as mandated by law. The former cook alleges he didn’t get more than $28,000 in overtime and a dishwasher suing with him says he was shorted about $5,800 in pay.

The lawsuit comes as the newspaper reported on a study by the Restaurant Opportunities Center in Los Angeles, that found in February that 82 percent of the city’s restaurant workers earn less than a living wage. Most don’t get paid sick days, health insurance or have any way to advance in the company.

The study was based on 562 surveys of workers and 60 interviews with both workers and employers about the conditions of restaurant employment. The study focused on the plight of the restaurant industry’s immigrant population, in particular. The lawsuit was filed by two Hispanic men, though their immigration status isn’t known.

The study makes some interesting, and disturbing, findings about working conditions for those in the restaurant industry in Los Angeles. Every company wants to maximize profits, but it shouldn’t come at the expense of its employees, who make the company what it is.

Sadly, another effect of the Great Recession and poor national economy has been the position it has put companies. In years past, there were fewer eligible workers on the market and companies were forced to treat their workers well in order to keep the best. But as unemployment numbers have risen nationwide — unemployment sat at 9.2 percent in Orange County this June, according to the U.S. Department of Labor’s Bureau of Labor Statistics — businesses can use that economic pressure to keep workers quiet.

Thankfully, not all businesses act this way, but with fewer jobs available and more people seeking work, companies have the pick of the litter. But a worker must be treated fairly and must be paid what they should under the law.
END_OF_DOCUMENT_TOKEN_TO_BE_REPLACED

When economy turns slow as it has in the past year or so it affects issues related to employment law in many different and unique ways. One of the impacts we’ve observed is that employers begin to obscure the line between exempt and exempt employees in order to save on paying overtime wages. In California every hour worked over 8 hours a day and 40 hours a week has to be paid at the time and half rate. This rule however, only applies to employees who are entitled to receive overtime and are not exempt. When economy is bad employees may be willing to be put on a salary for the fear that they may lose their hours. The employer may then simply call the employee a “salaried” employee and pay him o her a flat amount each two weeks, even if the employee works more than 8 hours a day or 40 hours a week. However, if an employee who does not fit one of the exemptions, i.e. managerial, administrative, software, etc., then he or she may still be entitled to overtime for hours worked over 8 or 40 hours. Orange and Los Angeles overtime attorneys of Employment Law Team are currently working on many overtime cases in which employees were paid as salaried even though they did not qualify as exempt. If you have a question about this complicated area of law contact our wage and hour attorney.

Last year I had the opportunity to represent a couple who worked for a rather large bakery for close to two years. These two young Hispanic workers were cheated out of the overtime they worked by their employer. Once we contacted the employer I was surprised to encounter a rather self righteous person who seemed to think that the two workers were lucky just to have a job with her. She also seemed to think that the immigration status of the employees somehow could be used as a defense for her and her company’s violations of the labor code. The case eventually settled and resulted in a confidential agreement and I assumed that was the end of my dealing s with this particular employer. However, just this weekend I was approached by other employees of the same company who are also being denied overtime wages and rest breaks! This time the company has gone as far as even paying the workers portion of their earning (without additions for overtime) in a separate check without any deductions. So now we not only have violations of overtime and rest/break laws, but the employer has also ventured into the world of violating Labor Code Section 226 which requires a pay stub and a statement be provided to the employee showing all deductions.

Having been hired by the employees affected I intend to do my best to preserve and protect their rights; however, I am rather disappointed to see that this particular employer has not learned his/her lesson. In criminal law an offender with a prior record gets enhanced sentencing for new violations. Should we apply the same standard to violators of the Labor Code too? If we did then that threat might act a deterrent to many employers who simply violate the law because they know they can’t be caught for each violation.
END_OF_DOCUMENT_TOKEN_TO_BE_REPLACED