Police officers in California who put their careers on the line to report misconduct or corruption within their departments are to be shielded under the 1st Amendment, per a new ruling by the U.S. 9th Circuit Court of Appeals. 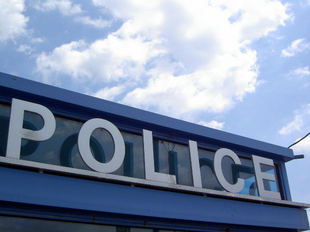 The decision in Dahlia v. Rodriguez handed down Aug. 21 by an 11-judge panel overrides the precedent set by lower courts in earlier rulings on the same issue.

Our Santa Ana employment lawyers know this is a major victory, not only for this individual officer, but for all police in the state who felt powerless to act in the face of corruption. It should also be seen as a victory for the public, whose right to know about such issues was also upheld in the ruling.
END_OF_DOCUMENT_TOKEN_TO_BE_REPLACED

Airport employees at Los Angeles International are accusing police superiors of employment retaliation against workers who identify and blow the whistle on safety risks. 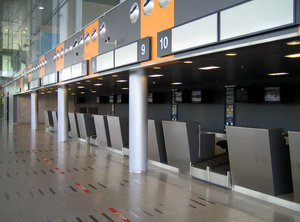 One can think of no more critical of a place than an airport where expressing safety concerns would be of the utmost importance. For workers to be retaliated against for acting in the public’s best interest is deeply troubling.

Here’s what we know about the case thusfar, according to The L.A. Times:

The Los Angeles Airport Police Officers Association has filed a claim for damages against the city. If the city denies that claim (which is likely), the association can move forward with a formal retaliation lawsuit.

Officials with the union represent those officers who patrol the airport said they have been hit with demeaning statements directed at them from police department supervisors and also forbidden from talking directly to lower-ranking officers during the regular roll-call meetings.

The president of the unions says that this is because there are whistleblowers within the union that have been raising red flags about “serious” safety problems at not only LAX but other airports run by the city as well (Van Nuys and Ontario International).

The city had forked over some $4 billion to modernize LAX, which is the third most highly-trafficked airport in the country. And yet, certain safety risks persist. The details of those risks were not outlined in the complaint.

The union says that seven out of 10 of its board members have been at the center of internal investigations or some other pending issue with police management. This, they say, is clear evidence that there is severe hostility being directed at the union from police superiors.

Additionally, some of the union officials have been abruptly reassigned to shifts or other duties seen as less desirable.

Both the city and the police department say they are reviewing the claim.

If true, these are extremely serious accusations.

The U.S. Labor Department, under the division of the Occupational Safety and Health Association, outlines the Whistleblower Protection Program, which states that workers in certain industries who report violations of safety or other specific concerns can not be discriminated against.

Discrimination is going to be defined as either firing or laying off, blacklisting, demoting, disciplining, intimidation, threatening, reassignment, reduction in pay or hours or denial of overtime, promotion or benefits.

This is an issue that is growing in terms of scope, as OSHA just announced last month that it intends to establish a Whisteblower Protection Advisory Committee, which is going to work with occupational safety and health leaders on how to improve whistleblower protections and transparency at job sites across the country.
END_OF_DOCUMENT_TOKEN_TO_BE_REPLACED 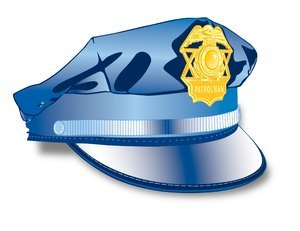 However, Employment Law Attorney Houman Fakhimi knows that when those in authority have something to lose by your honesty, they may retaliate against you. Depending on the circumstances, this may be not only unethical, but illegal.

That’s what happened recently to an officer with the Los Angeles Police Department, who were recently awarded more than $1 million, following a civil suit alleging retaliation for reporting toll-skippers within the agency.

Here’s what we know of the case from The Los Angeles Times:

A sergeant who had worked at the agency for nearly 30 years was reportedly targeted after reporting a toll-dodging colleague – a captain.

Evidence was presented at court that showed the captain had evaded paying tolls between spring of 2009 and January 2010. Likely, the evasion had gone on for much longer than that, though there wasn’t solid proof outside of the aforementioned time frame. It’s not clear exactly how many times he was able to pass without paying, but they involved his commute from his home in Inland Empire to his office in West Los Angeles.

Prior to being named a captain, he worked in the agency’s media relations office – so he was apparently well-connected.

However, the captain didn’t stop there. He reportedly tried to cover up his toll-skipping by taking off one license plate and taping another one over it. He also reportedly lied to investigators with the department about it.

The sergeant first raised concerns about the captain in the fall of 2009.

But then the sergeant became the target of two separate neglect-of-duty complaints. One reportedly involved his failure to not act quickly enough to send a squad car to a scene and the second was regarding failure to file a report for a complaint of domestic violence.

Investigators with the agency’s internal affairs office cleared the sergeant of doing anything wrong. But then the captain, who had access to the sergeant’s file, went in and changed those findings to show that the complaints were sustained.

The sergeant subsequently sued in civil court. A jury heard the case, and reached its verdict within just four hours – siding unanimously 12-0 with the sergeant.

The LAPD has indicated it might appeal. However, it’s important to note that this decision is the latest in several against the agency for retaliation.
END_OF_DOCUMENT_TOKEN_TO_BE_REPLACED

A former deputy chief of police in a Burbank employment retaliation claim has been awarded almost $1.3 million after filing a civil lawsuit against the city in 2009. 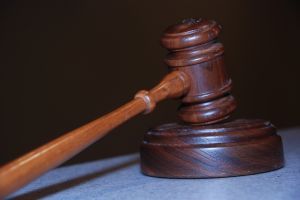 The jury sided with his version of events: that he was fired for refusing to rubber stamp the termination of several minority officers, as well as raising concerns about how a sexual harassment incident was handled.

As this case illustrates, just because a person wasn’t the direct target of sexual harassment doesn’t mean they don’t have a claim. There is what is known as a “hostile work environment,” which can be created when someone makes lewd jokes or comments. No touching has to ever take place.

When some employees simply go along with this environment, they can be chastised, ridiculed or even retaliated against – as appears to be the case here.

Most employees conduct managerial training on these issues, so there really should be no confusion among upper-level staff about what sexual harassment is and the severe consequences for it. That means when it happens, it is a result of blatant disregard of the law.

This is especially troublesome when the agency involved is charged with upholding the law – in this case, the Burbank Police Department.

As Burbank Employment Attorney Houman Fakhimi understands it, this is just one of a number of discrimination and sexual harassment claims working their way through the legal pipeline.

In this situation, the case arose following a robbery at a local bakery. Following that incident, there were multiple allegations of excessive force. That started the ball rolling with complaints of many other alleged wrongdoings within the department.

It came out that the deputy chief in this case had raised concerns about the handling of a sexual harassment case within the department. And what was more, he refused to sign off on the firing of several minority officers.

Amid the turmoil from these investigations, the chief said he was “restructuring” the department. This ultimately led to the deputy chief, as well as 10 other employees, being “let go,” some of those with allegations of misconduct.

What the deputy chief needed to prove in this case was that he was pushed out in retaliation for his protection of minority officers and outspokenness with regard to sexual harassment within the agency.

The jury found that the internal investigation into the allegations of excessive force on the bakery robbery case were riddled with inaccuracies that appeared to protect the city. That cast doubt on the city’s other claims that their intentions regarding the deputy chief’s firing were entirely pure.

City witnesses said they did not know of the deputy chief’s stance on the minority firings or the sexual harassment.

The jury decided otherwise. They awarded him $1.29 million for lost wages and another $250,000 for pain and suffering. He is also seeking to have his badge back so can honorably retire.

In the numerous other cases that are awaiting trial, the deputy chief may be called to testify. Having won this case, he now may be considered a more credible witness.

All employees – but especially those in the law enforcement field -have a responsibility to stand up for what is right. They must be protected against retaliatory acts when they do.
END_OF_DOCUMENT_TOKEN_TO_BE_REPLACED