The Los Angeles Police Department is facing harsh criticism over policies that allowed sexual harassment and discrimination to flourish, even after the agency had been successfully sued on numerous occasions. 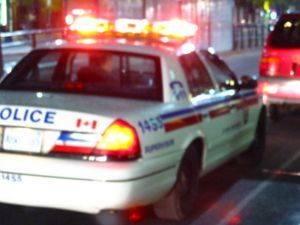 Westminster Sexual Harassment Lawyer Houman Fakhimi understands that over the last six years, the city has reportedly shelled out some $110 million in either jury awards or settlements for lawsuits involving Los Angeles Police Department personnel. That’s according to a report from the inspector general.

Of that $110 million, about 28 percent – or $31 million – was spent on claims that involved sexual harassment, retaliation and discrimination.

Five years ago, then-Mayor Antonia Villaraigosa issued an executive order mandating that the city and the police department reduce its exposure to litigation. This would have presumably meant taking on extensive measures to reduce sexual harassment and retaliation.

However, whether the agency is in compliance with this is anyone’s guess. The reason is because the police department’s division of legal affairs has a practice of destroying records of closed cases.

The inspector general’s recent report said this practice barred investigators from verifying whether the information contained in the legal affairs’ division electronic database was in fact accurate. The IG’s office had tried to audit some 30 files stemming from allegations made in the past five years. But the agency wasn’t able to conduct an audit because those records didn’t exist.

Even absent those records, the legal affairs department’s database is not complete, as several of the fields reportedly contain blatant inconsistencies when compared with the information contained at the City Attorney’s Office regarding those same cases. So either the databases were poorly-designed and managed or they were purposely changed. Either way, neither is reflective of an agency that is serious about tackling what is clearly a very real problem among the ranks.

Additionally, the inspector general’s office said there was no way to calculate the actual costs of that litigation. That is, the office may be able to determine how much the city paid to satisfy the settlement. However, absent records reflecting how many people were working on a particular case and to what extent, it is impossible to calculate the actual litigation costs – which, you may have surmised, are paid by taxpayers.

Still, the OIG was able to estimate that the agency’s overall cost of defending workplace litigation between 2006 and 2012 was about $43 million. The OIG office concluded that the police department needs to do more in the future to prevent employees from filing similar complaints.

Of course, this misses the point. The problem is not the employees filing the complaints. Rather, it is the underlying issue of a law enforcement culture that allows workplace discrimination and sexual harassment to thrive unabated.

While the OIG did note that the agency routinely provides training to managers no broad topics of employment issues, there is no evidence that the department takes measure to educate supervisors on the lessons learned from these specific cases. There is no specific guidance on how to handle the particulars of an employment-related liability claim. Additionally, there is no internal system established to identify the kinds of risk behaviors that are responsible for adverse court case outcomes, which could then be applied to prevent litigation.

For sexual harassment lawyers, the findings are two-fold. On one hand, they create an opportunity for employees who have faced sexual harassment or discrimination within the LAPD to show that the agency does not appear interested in addressing these ongoing issues.

However, one of the reasons plaintiffs often work up the courage to come forward with their allegations is because they don’t want those who come after to endure what they did. Knowing that even if they win their cases, the culture of the agency won’t change, is likely to be a disappointment to many.

The fact that an outside entity is closely scrutinizing this should be seen as a positive step forward.