Sexual assault and sexual harassment in the military has garnered the center-stage spotlight this year, with victims’ advocates jeering the military’s efforts to do more to curb the danger endured each day by female soldiers. 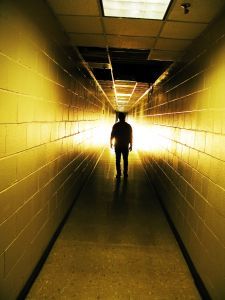 However, Westminster Sexual Harassment Attorney Houman Fakhimi knows that, much like in the private sector, the victims often seen as the most vulnerable are males. They tend to feel less free to report such violations and are often harshly scorned when they do. Victims fear punishment, being ignored, ridiculed or even violent reprisal.

A recent report from the Pentagon estimates that some 26,000 service members experienced some form of unwanted sexual contact at some point in 2012. That was a nearly 37 percent increase from the 19,000 tallied two years earlier in 2010.

The report went on to say that of those 26,000 unwanted instances of sexual contact, nearly 55 percent involved attacks on men. The large majority of those involved cases in which other men were the aggressors.

As some male victims of military sexual assault point out, while there are those who claim only a small portion of the military is dealing with this issue, the reality is that it affects both genders and individuals of all ranks.

For years, that had to do with anti-gay policies in the military, such as Don’t Ask, Don’t Tell. The fear was that any reported sexual contact between individuals of the same sex – even if it was forced – would be grounds for the top brass to discharge both parties. There is evidence that this did in fact occur on more than one occasion.

Male soldiers say instances of sexual assault haven’t risen a great deal, but rather that it was more widely tolerated before women became commonplace among the ranks.

Male victims reported internalizing those awful memories, often resorting to alcohol or drugs to numb the pain that stemmed from a deep well of shame and confusion.

Instances of “sexual hazing” included having genitals shoved in one’s face, simulated sodomy and forced cuddles. All of which, aside from being potentially criminal, undoubtedly contributed to a hostile work environment.

The U.S. Equal Employment Opportunity Commission reports that about 15 percent of all claims of sexual harassment made annually are filed by men. However, the actual percentage of victims is believed to be much higher.

Sometimes, just like female victims, male victims may tolerate the abuse for extended periods of time because they may be unclear if what they are experiencing is actually harassment. They may also assume, particularly if the aggressor is a female, that they have few rights in the situation. That isn’t true. It is never alright for someone to make you feel unsafe or pressured or forced into a sexual or romantic relationship. Likewise, it is unacceptable for anyone to have to endure sexually-charged harassment at work, regardless of whether he or she is the direct subject of the harassment.

Male victims of sexual harassment should seek out a law firm with compassion and extensive experience in these types of cases.