More good news for employees who could potentially face discrimination whether at work, in applying for housing, education, in public, elections, obtaining a loan, or when seeking health and life insurance.

A new law passed by California lawmakers that went largely unnoticed by the news media was an update to the 52-year-old Unruh Civil Rights Act of 1959. That act banned discrimination based on race, national origin and religion. It has been updated throughout the years to include gender and sexual preference based discrimination as well. It now includes genetic discrimination. 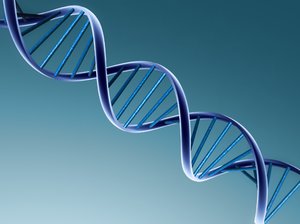 But genetic discrimination is a new area of protection for California consumers and citizens. While there is a federal genetic discrimination law that has been in place since 2008, it deals only with hiring practices and health insurance coverage. California’s law applies to many areas and is an expansion of rights that will likely be a trendsetter for other states to consider.

This is good news for everyone as it adds a layer of protection for those who could be subjected to mistreatment and discrimination in Santa Ana and elsewhere throughout the state. Yet, if someone faces genetic discrimination, he or she should immediately contact an experienced Orange County Discrimination Lawyer who can help you get justice.

Genetic discrimination is a relatively new term and applies to factors that may apply to a person based on his or her DNA and family member issues. For instance, a person may have a family history of heart issues or breast cancer. The law states that those facts can’t be held against them if they are applying for a job, seeking health insurance or life insurance, or attempting to buy or rent housing anywhere in California.

While it’s hard to believe, some employers will pass on hiring a more qualified candidate because he or she has a potentially life-threatening illness or some other issue. Typically, these employers may be afraid the illness is contagious or that the person could die and the company would lose the position due to budget cuts.

This just isn’t fair and isn’t right. A company can’t make decisions of hiring, firing and promotions based on when a person could potentially get sick, need hospitalization or even die. That’s simply not ethical and now it’s illegal as well.

Discrimination can come in many forms in terms of employment in California. The law bans discrimination based on race, sex, age and other forms. But it shouldn’t be difficult to determine if a person is facing discrimination at work. If other employees are treated better or receive preferential treatment over another person or persons, it’s likely a case of discrimination.

If a person isn’t hired because of one of these factors, it should be pretty obvious that the company has not followed the intent of the law and immediate action must be taken. If you or a loved one is in a situation where you aren’t promoted, were not hired or are fired for reasons not based on your work quality or productivity, you should consult with an experienced Orange County Employment Law Attorney right away.