Threats of a sexual harassment lawsuit against a former tech-industry mogul have forced the millionaire to step down from his posts, according to numerous news sites.

Irvine Sexual Harassment Lawyer Houman Fakhimi understand the case presents some interesting issues regarding what sexual harassment is, who victims might be and how these cases should proceed. 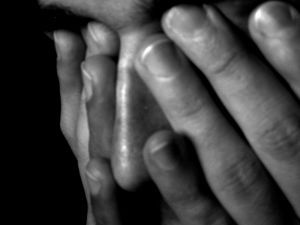 The executive in question had previously worked at PayPal and LinkedIn when they were start-ups, but had most recently served as the COO for electronic payment service Square.

According to news reports, the accuser was the former boyfriend of the COO. The pair reportedly met outside of work through a mutual friend and dated for several months. The executive said he encouraged his boyfriend, while they were dating, to apply for a job at Square, where he was later hired. The executive insists that he was never directly in a position of authority over the accuser and that the relationship was at all times consensual.

However, the accuser – who has not yet formally filed a suit – reportedly threatened to do so if the executive did not give him a million-dollar payout.

If this account is true, we want to make it clear that this is not the proper way to go about presenting a successful sexual harassment claim. In fact, it may be considered blackmail, and the accuser could face criminal charges.

No doubt, sexual harassment is an incredibly difficult and emotionally-charged thing to cope with. When you have a legitimate complaint, it can be tempting to lash out on your own with threats against the aggressor and demand immediate recompense. But this is unwise. The first thing to do in any case is to meet with an experienced sexual harassment attorney who can advise you of the proper legal steps you need to take to both end the harassment and, if applicable, obtain compensation for what you have endured.

In this case, Square executives said once it learned the allegations, it launched an immediate investigation, and found no evidence of wrongdoing. However, this is not unusual, as a company is unlikely to find itself liable in an internal probe. It did though accept the COO’s letter of resignation for having exercised “poor judgment.”

Another issue this case brings up is whether someone involved in a consensual relationship with someone who is their boss may file a sexual harassment claim. The answer truly depends on the nature of the relationship, how it began and whether job-related rewards and/or adverse actions were directly tied to sexual activity. Sexual harassment is a form of discrimination, and it’s specifically defined as unwelcome physical, verbal or visual conduct of a sexual nature that creates a hostile working environment.

Many companies have internal policies that prohibit supervisors from being involved in relationships with subordinates for this very reason. It tends to be unwise for a number of different reasons. But if the relationship started as a result of employment promises or threats made to the subordinate worker, indeed, it may be considered sexual harassment.

And finally, another issue this case raises is that of male victims. It’s true that the vast majority of sexual harassment cases have traditionally involved female plaintiffs. Part of the reason for this is that men may be ashamed to admit they have been victimized – regardless of whether the alleged aggressor is a male or female.

That’s beginning to change. Of the nearly 12,700 sexual harassment complaints handled by the U.S. Equal Opportunity Commission in 2009, more than 15 percent were made by male victims. A decade earlier, it was less than 10 percent. So men are certainly beginning to feel more empowered in this regard.

If you have questions about whether what you’re experiencing is sexual harassment, immediately contact an experienced employment lawyer.

If you are suffering from sexual harassment in Irvine, contact the Employment Law Team for a confidential consultation to discuss your rights. Call (877) 529-4545. Serving Ontario, Riverside and the entire Los Angeles area.