In a recent Orange County Employment Lawyer Blog entry, we noted the U.S. Supreme Court’s intention to take on the issue of whether any amount of discrimination resulting in adverse action was enough to warrant compensation to the plaintiff – or whether it had to be the sole reason. 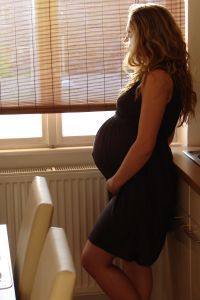 Now, Riverside Employment Attorney Houman Fakhimi has learned that the California Supreme Court has just rendered its own decision on this very same issue – and set a troubling precedent.

The court has overturned the award initially given to a Santa Monica bus driver who was fired in part because she was pregnant. In Harris v. City of Santa Monica, the court ruled that because the employee’s poor performance was likely to have resulted in her termination anyway, she was not entitled to compensation – even though she was able to prove that discrimination for her pregnancy did in fact play a role in the ultimate decision.

In this case, the new driver had been in two preventable accidents during her probationary period and further had not properly reported she would be late to work on two occasions. However, it wasn’t until receiving news that she was pregnant that her employer moved to fire her.

The jury ultimately sided with the employee, finding that although the city may have had mixed motives for its decision, but that those other legitimate reasons were not the motivating factor at the time of the firing. She was awarded $178,000.

However, in this highly-watched case, the California Supreme Court ruled 6-0 (with one justice not participating) to vacate that award on the basis that the employer had substantial reason to terminate the worker’s employment, regardless of the discrimination.

This is troubling because employers being accused of discrimination or sexual harassment are almost always going to come back with an alternate reason for the adverse employment action. It is almost never the case that an employer will outright admit discrimination, even when they reach a settlement. That’s because in addition to the monetary penalties, they will have to cope with a negative public opinion as well.

So this precedent allows companies to say that even if the plaintiff has proof of discrimination, “There was more to it.” It provides them yet another out.

The one hope we have that this ruling may not be universally applied is the upcoming U.S. Supreme Court hearing of a discrimination case with a similar issue at hand.

As we previously mentioned, that case University of Texas Southwestern Medical Center v. Naiel Nassar involves allegations of racial discrimination made by a doctor against administrators at the hospital where he used to work.

Here again, the question is, even if discrimination existed, must it be the sole cause of the adverse action, or is it only necessary for it to be one of the primary factors?

The U.S. Supreme Court will likely hear that case in June, and it is one which we will be closely following.