“Desperate Housewives” Actress Nicollette Sheridan knows how to carry out a good cliffhanger – though the scene isn’t usually a drama played out in a real-life courtroom. At issue in this Los Angeles wrongful termination lawsuit. She is alleging her character, Edie Britt, was killed off in retaliation following a complaint she made about a writer who she said struck her on the head over an argument about the script. 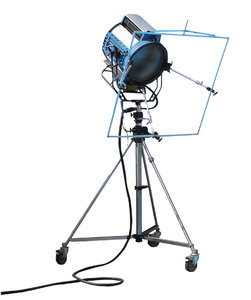 Los Angeles Wrongful Termination Lawyer Houman Fakhimi has come across many cases in which an employer retaliates against an employee for raising concerns or complaints about workplace safety. Some employers simply don’t want to deal with the hassle. Rather than addressing the core safety issue, they find it easier to rid themselves of the employee, often for made-up or exaggerated reasons.

One recent case that comes to mind was an AirTran Airways pilot, who was fired after filing numerous complaints voicing alarm about mechanical malfunctions on the aircraft. His termination followed a 17-minute hearing, in which the airline did little to provide even the appearance of fairness before giving him the ax. The Occupational Safety and Health Administration ultimately ordered not only that he be reinstated, but be paid $1 million in back pay, interest and damages.

In Sheridan’s case, the jury is deadlocked, though the judge is ordering them to continue their deliberations this week.

She and her legal team are alleging that following her complaint against the series creator and head writer, she was written off the show – her character killed – by ABC in an effort to cover up the alleged battery. The show’s executives had wanted to protect their $1 billion cash cow and a powerful Hollywood colleague, Sheridan’s lawyer said. They couldn’t be bothered to address the safety and rights of its employees. Instead, they conspired to back the writer and rid themselves of someone who they felt made too many waves, according to the allegations.

The show, on the other hand, has argued that the demise of Sheridan’s character had been in the works for months before the alleged incident. Their team has called Sheridan “desperate,” and characterized the alleged assault as minor, saying that it was more of a “tap on the head” than a wallop. They say Sheridan initially only wanted an apology and a bouquet of flowers. When she didn’t get it, tensions bubbled over and resulted in this lawsuit, in which Sheridan is suing for $5.7 million in lost wages and damages. Her salary had been $4 million annually.