In what appears to be a disturbing pattern at El Camino College, the university has agreed to a settlement in their second Torrance sexual harassment case. 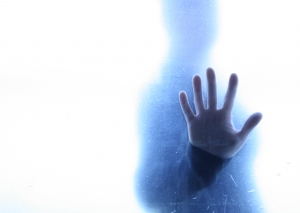 Torrance sexual harassment attorney Houman Fakhimi is well-versed in The Contra Costa Times reports that a 53-year-old administrative assistant at the college alleged that she endured sexual harassment for six years from the previous vice president, who also served as dean.

The harassment encompassed a range of behaviors, according to court records. Her boss, she said, stared at her chest, touched, kissed and groped her without her permission and even made demands for sex. The former vice president reportedly threatened to give her poor job evaluations or even fire her if she didn’t have sex with him.

In the end, rather than take the case to court, the university settled with the administrative assistant for a sum of $750,000. Perhaps the decision had something to do with another case that had been filed little more than a year before this one.

In the previous case, another former administrative assistant was awarded a sum of $2.5 million for her sexual harassment suit – against the same official, who is now in his mid-70s. Her allegations included not only harassment, such offering her hundreds of dollars to have sex with him, but an actual sexual assault in which the elder administrator reportedly raped her in a locked office.

The administrator didn’t deny he had a sexual relationship with the 34-year-old secretary, but says it was consensual.

In fact, the most recent settlement marks the fourth case of alleged sexual harassment lobbed at school administrators in a single year. The two other cases went to trial, with the college coming up on the winning side. Still, it seems indicative of a greater culture at the university that this type of behavior – some of which is outright criminal – was allowed to thrive. Multiple allegations of sexual harassment tend to bolster one another, and can lead to an employer who is eager to reach an outside settlement, rather than have the case drag on in court.

In both cases, the women say they were afraid to complain for fear they might lose their jobs. In fact, the aggressor in this case told at least one of the women that he was close with the union president, who would believe him over her if she ever mentioned a word of the harassment to anyone.

In the most-recently settled case, an internal university investigation cleared the dean of wrongdoing. But this just goes to show why you need an experienced Torrance sexual harassment attorney at every step of the way in these cases. Just because the employer dismisses wrongdoing doesn’t mean nothing happened – and it doesn’t mean you aren’t entitled to compensation.

In both cases, the college paid about a third of the money, while insurance covered the rest, according to the newspaper.

If you need to speak to an employment attorney in Torrance about an issue of workplace danger, discrimination, sexual harassment, wage dispute, or a violation of a worker’s rights, contact the Employment Law Team for a confidential consultation to discuss your rights. Call (877) 529-4545.