A gay sexual harassment case involving a retired Los Angeles schools superintendent fell through after details of the preliminary deal became public and the victim in the case was identified. 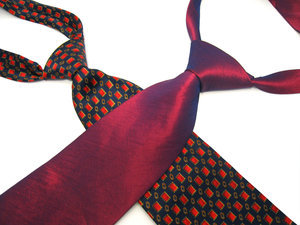 Orange County Sexual Harassment Attorney Houman Fakhimi knows that cases involving same-sex harassment in the workplace are on the rise.

In 2009, the Equal Employment Opportunity Commission reported that about 16 percent of all sexual harassment cases were brought by men – which is an increase of about 12 percent from 10 years earlier. While there are no definitive statistics from the EEOC on how many of those involve same-sex harassment, a spokesperson for the federal agency was quoted as saying that, anecdotally, the number involving same-sex harassment has shot up.

It’s only been in the last 15 years that same-sex harassment was considered sexual harassment at all, thanks to the Oncale v. Sundowner Offshore Services decision handed down by the U.S. Supreme Court in 1998. In that case, justices held that same-sex claims did, in fact, constitute as harassment.

Generally, it’s more common that these cases will be settled out of court than make it all the way to trial. That’s the route this case was on, until it was derailed by a release of information by the district.

Here’s what happened, according to the Los Angeles Times:

A mid-level administrator at the school has filed a $10 million lawsuit against the district, alleging that it failed to protect him from the sexual advances of former Superintendent Ramon Cortines, even after he revealed the alleged harassment to his superiors.

Cortines, now 80, reportedly denies any harassment, but does say he engaged in “spontaneous, consensual adult behavior” with his former employee, now 56.

The employee had been working for the district since 2000, and he and his husband were acquaintances with the superintendent, who at the time was serving as interim superintendent.

The employee said he never interviewed for the job, but that shortly after he landed it, the superintendent began pressuring him to engage in sexual acts with him. He said the superintendent’s demeanor toward him was always overly-friendly and attentive.

Back in 2010, the employee said he accepted an invitation to visit the superintendent’s ranch because he felt that his superior could either cut his position or protect him from being laid off. He could not afford to risk his job, he said, so he went. While there and over the course of two days, the employee said his boss tried repeatedly to engage him in unwanted sexual acts. The employee said he felt trapped.

After that, the employee said he told two supervisors what had happened. He was advised to drop the matter, as it would likely ruin the superintendent’s career.

The superintendent retired last year, and the employee filed his harassment claim in March. A deal on the table would have given him a $200,000 lump sum and a lifetime of health benefits if he would leave his position.

However, the deal fell through. It’s not clear whether the case will now go to trial.

The employee, who still works there, has now also sued the former superintendent personally.

If you need to speak to an employment attorney in Orange County about an issue of sexual harassment, contact the Employment Law Team for a confidential consultation to discuss your rights. Call (877) 529-4545. Serving Ontario, Riverside and the entire Los Angeles area.