A high school student in Northern California alleged sexual harassment by a guidance counselor during her junior year, and now details are emerging about the district’s efforts to settle the case. 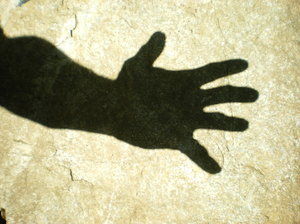 The new records were provided more than a year after they were first requested – in violation of California’s public records laws.

The case stemmed from the alleged interactions between the girl and her guidance counselor. According to her, the counselor made lewd and inappropriate remarks to her, attempted to hug and touch her and even pulled her out of class on several occasions to make unwanted sexual advances.

The school district, she claims, did nothing to address the issue when she first reported it.

Both the counselor and the district denied any wrongdoing, but the girl didn’t decide to sue until the school refused to fire the guidance counselor, potentially putting other young girls at risk for similar harassment.

The counselor still works at the school. The school district calls the counselor’s behavior “inappropriate and unprofessional,” but said it did not rise to the level of sexual harassment. It seems to be a conflicting stance.

Watchdog groups had been battling the school district for the last year trying to get records pertaining to the case. Some were critical of the amount spent to settle, given the financial woes of the public school district.

However, that settlement was actually quite modest, particularly when considering the type of harassment this student suffered and given the affect that can have on a teenager.

So often, when we think of sexual harassment, we think of workplace issues. However, students can be particularly vulnerable to this type of abuse because they are young, impressionable and often trust the authority of school employees.

A report last year from the American Association of University Women revealed that about half of all female high school and middle school students had been sexually harassed at least once in the previous school year. Often, the harassment was from their peers, but there were a number of cases in which it reportedly involved an adult school employee. Sexual harassment was defined as any type of unwanted sexual behavior that took place either in person or electronically.

Not only is this inappropriate, it could be criminal depending on the age of the victim and the position of the employee.

About half of the students surveyed said they ignored the harassment and never reported it. Only about 25 percent reported having the nerve to tell someone to stop, and an even smaller number reported it to a parent or other trusted adult.

Parents in particular need to keep an open communication with their children, and their female teenagers in particular, to ascertain whether this is an issue for them. Sexual harassment can include:

–Making sexual comments about a person’s body or clothing;

–Paying unwanted attention to someone;

–Referring to a student as “honey” or “babe” or “sweetie”;

–Giving personal gifts that may make a student uneasy;

If you are a victim of sexual harassment in Orange County, contact the Employment Law Team for a confidential consultation to discuss your rights. Call (877) 529-4545. Serving Ontario, Riverside and the entire Los Angeles area.