The Orange County employment attorneys are ready to defend you if your boss, company or co-workers have harassed you, treated you differently or kept you from promotions because of bias or other forms of intentional discrimination. 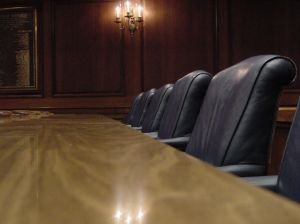 According to The Times, more than a dozen officers have won million-dollar-plus jury verdicts or settlements in the last decade. Dozens more officers have won five- or six-figure paydays. From 2005 to 2010, more than 250 lawsuits were filed by officers. The city paid out more than $18 million in about 45 of those cases. The city won 50 cases and the rest are pending.

As previously detailed in California Employment Lawyer Blog, the Los Angeles County Sheriff’s Office recently had to pay out about $900,000 for a sexual harassment claim.

Sexual harassment in California can show itself in many different forms. It applies to men and women and can refer to a hostile work environment, sexual advances or comments, retaliation for reporting harassment, requiring sexual favors for a job and other examples.

According to the Equal Employment Opportunity Commission, it received nearly 31,000 complaints of on-the-job harassment in 2010, which resulted in almost $100 million in payouts.

You may not be a Los Angeles police officer, but discrimination happens more often than you think. You can be discriminated against based on your gender, age, race, sexual orientation, national origin or a host of other factors. Sometimes, discrimination is subtle and goes unnoticed. Sometimes it happens in meetings and behind closed doors. Other forms, such as unwanted sexual advances at work or requests for sexual favors, are blatant.

All are unlawful forms of discrimination and require swift action. If you feel your employer has discriminated against you or allowed co-workers to harass you, don’t hesitate to call. These types of cases require much research and review of documents, so get started today by calling for a free consultation.

If you need an Orange County employment attorney, contact the California Employment Law Team at 877-529-4545 to discuss your rights.