A Los Angeles Police officer recently was awarded $1.1 million by a jury after claiming he was harassed and suffered retaliation because he is gay, The Los Angeles Times reports.

The Orange County Employment Law Team has seen how retaliation and discrimination in the workplace can make working in an office extremely difficult, break up friendships and ruin careers. That’s why it’s important to take action if your company is allowing you to be harassed or discriminated against at work. Consult with an experienced Orange County employment lawyer can help protect your rights. 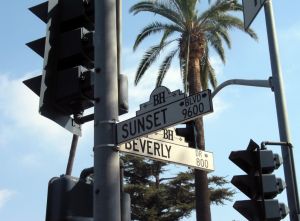 The LAPD sergeant and media relations spokesman sued the department after his supervisor made derogatory remarks about his homosexuality. According to the story, the officer made several attempts to voice his concerns through official channels, but his complaints were determined to be unfounded.

In the summer of 2009, he was transferred to the skid row area. The officer argued to the jury that the transfer from the prestigious media relations section was punitive and that it cost him future opportunities for promotion. He testified it was a difficult decision to sue, but that he felt if the department wasn’t challenged, it wouldn’t change its ways.

According to the article, between 2008 and 2009, there were 350 internal investigations done regarding discrimination and retaliation complaints and only one was upheld. Yet, a Times investigation found that over the last decade, at least 16 other officers have won million-dollar-plus jury verdicts, totaling more than $18 million against the department.

Retaliation on the job is unlawful, plain and simple. In the case of Crawford vs. Metropolitan Government of Nashville and Davidson County, Tennessee, the U.S. Supreme Court held that it’s unlawful for an employer to retaliate against an employee. The law protects workers from unfair treatment, so use the law for you if you have been wronged at work.

There is a difference between sexual discrimination and sexual harassment. Harassment is when a person receives unwelcome sexual advances from a co-worker or a person of power, is sent emails with sexual overtones that aren’t appropriate for the workplace or lewd comments made by co-workers.

If you need an Orange County employment attorney, call the California Employment Law Team at 877-529-4545 to discuss your rights.