In the business world, companies strive to make the most amount of money they can on a given product or in whatever service the business offers and sometimes that profit comes in the form of attempts to cut back on employees’ wages.

Wage disputes in Irvine and throughout Southern California must be treated seriously because they are serious offenses. In this economy, with unemployment high and many people struggling to make ends meet, any time a company tries to cut back wages unlawfully, the worker must stand up for their rights. 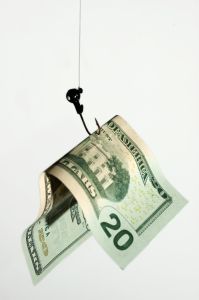 Our Irvine employment lawyers understand that employees want to keep their jobs. They need to work and they don’t want to rock the boat. At the same time, employees mustn’t be scared of their employers, but rather they should fight for their rights and stand up for what is right.

Wage disputes come in many different forms and California’s employment laws provide various forms of protections for employees who may have problems being paid for work.

Starting at the beginning of 2012, California lawmakers added new protections for workers so they don’t have to deal with companies attempting to rip them off through their pay. One specific law, called the Wage Theft Protection Act, means that all newly hired employees must be provided with specific information regarding their work:

-Rate of pay -Applicable overtime rates -Food, lodging or other allowances used against minimum wage -Regular paydays -Business address and mailing address of company’s main office -Company phone number -Contact information for company’s workers’ compensation insurer -Other needed information
This is designed to provide employees with as much information as possible so that they aren’t taken by surprise when the company tries to make sudden changes or to try to show the employee they can’t earn what they should. Because of deceptive practices in the past, lawmakers have created this new law so that everything is put in writing when a person is hired so there is no confusion if bosses attempt to make changes.

Our Irvine employment lawyers believe this will be a good step toward ending some common wage disputes in our area. By making sure all the facts are put on paper up front, the employer shouldn’t be able to find any loopholes to try to make changes to pay or to try to short the worker for money that was earned on the job.

There are many more ways, however, that a company and employee can run into disputes regarding their pay. One of the biggest is whether an employee can earn overtime. One of the most common ways companies try to profit off their workers are when they classify a person as a “manager” just so they can’t earn overtime, yet they still get an hourly wage or don’t receive “management-level” benefits. Time and time again, companies try this trick until a group of workers fight back.

Illegal deductions from a paycheck or issues with bonuses are also problems that workers sometimes have with their bosses. And the only way to get a resolution is to bring it to the company’s attention. Simply allowing the problem to persist will allow it to happen over and over.