While many cases of discrimination in Newport Beach relate to on-the-job issues, it is possible for a person in the public to face these same problems.

Newport Beach discrimination lawyers have seen examples of consumers who are denied service or rights based on an employee’s bias or racism. Discrimination in public has no place in our society just like discrimination in the workplace. People have the right to be treated equally, regardless of how they look or talk. 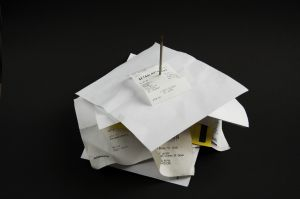 In a recent case in Newport Beach, an upscale steakhouse printed receipts for a black customer with a racial epithet instead of the man’s real name. The case was scheduled to be heard by a jury, but the two sides reached a settlement. The amount of the settlement hasn’t been revealed.

According to news reports, the settlement came after the Newport Beach discrimination lawyers for the man were able to investigate the restaurant’s receipts to look for other examples of widespread racism. After being allowed by the court to search the restaurant’s records, attorneys allegedly found 12 other examples of blatant racist comments, the Orange County Weekly is reporting.

The restaurant’s owners stated that the restaurant group doesn’t discriminate against any group of people. While there may not be the view at the top, clearly some employees think otherwise. The newspaper reports that a bartender was responsible for the actions and that employee has been fired.

The customer apparently frequented the restaurant, had brought guests there and was even a generous tipper. But after noticing his receipt after a return to his home, the man confronted restaurant managers and other employees, who apologized and tried to downplay any notion of bigotry.

There have been other recent examples of employees who have printed receipts for customers using racial names. This type of bigotry has no place in our society. If immature workers think this sort of thing is funny, they shouldn’t be working.

And sometimes the problem isn’t just with the individual employee. The problem may start at the top and trickle down. If there is an environment of discrimination, where it is seen as acceptable or a joke, then employees feel more comfortable having these attitudes.

Consumers, like employees, have rights. They must be treated fairly and can’t face discrimination based on race, religion, gender, age, disability, national origin, sexual orientation or other bogus reasons. If they do, both California and federal laws are designed to protect them from these types of actions.

But the only way to stop these sorts of actions is to fight back. Filing a discrimination charge with the government is a start. Sometimes litigation is necessary to ensure that this wrong doesn’t go unpunished. In either situation, the victim should have strong legal representation to ensure his or her rights are protected and the best possible outcome is reached.