The Los Angeles County Sheriff’s deputy who arrested actor Mel Gibson for DUI in 2006 has agreed to a $50,000 settlement with the sheriff’s department for retaliation, the Los Angeles Times is reporting.

Retaliation in Newport Beach can be a problem in a variety of situations in the workplace. If a worker speaks out about discrimination and then starts to feel he or she isn’t getting the same type of opportunities, accounts, training or promotion, this may be a classic case of retaliation. California employment laws are designed to protect employees who may need help being treated fairly. 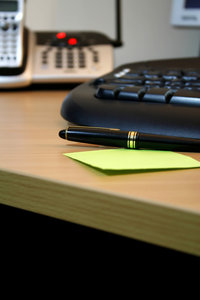 Newport Beach employment lawyers understand that retaliation has no place in an employee-employer relationship. A person shouldn’t be looked down upon for trying to do what is right. Whether it’s reporting discrimination or following ethical guidelines that may ruffle some feathers, the law is designed to ensure those employees are protected.

According to the news article, the 2006 arrest, which made international headlines, has been causing the deputy problems ever since. The deputy alleges that his supervisors retaliated against him ever since he refused to remove the actor’s anti-Semitic slurs from the initial police report.

It was those slurs — more than the arrest itself — that made the story such a big one. The deputy’s Fullerton employment lawyer told the Times that the settlement wasn’t done for the money, but rather the principle of the matter. The deputy said he was “constantly in fear” when he went to work.

The deputy, who was assigned to handling DUI arrests in Malibu at the time, said he included the actor’s words, “the Jews are responsible for all the wars in the world” to illustrate the level of intoxication.

A supervisor told the deputy that the material in the police report was “not acceptable” because the comments weren’t relevant to the DUI arrest. He said bosses instructed him to remove the comments and include them in a supplementary report that wouldn’t have been available to the public initially.

He eventually followed orders and created a separate report that was placed in a locked safe, along with recordings and evidence found in Gibson’s car. But the report was leaked to celebrity news site TMZ.com and officials later discovered calls between the deputy’s home and TMZ founder Harvey Levin.

The sheriff’s department was criticized for its handling of the case, including allowing Gibson to leave the station without being fingerprinted and without signing a statement to appear in court. He was also driven to the tow yard by a sergeant.

The deputy did the right thing for standing up for the correct way of handling things. If law enforcement is going to be starstruck because of an actor, policies and personnel need to change. It appears from the article that deputy was placed in a difficult work environment after the fact, which qualifies as retaliation. No worker should have to deal with that.

LAFD Decides to Pay $500,000 to Firefighter Who Was Sexually Harassed: February 13, 2012
Additional Resources: