A popular teen clothing retailer based in Orange County has been accused of racial bias, in a lawsuit filed by three former managers of the store. 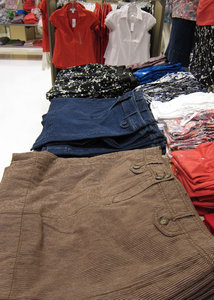 Orange County Employment Attorney Houman Fakhimi knows that racial discrimination still goes on in 2012 America and is committed to fighting on behalf of residents who are treated unfairly in the workplace. Sadly, it’s more pervasive than you would think.

Such cases can be difficult to prove definitively. For example, a class action suit filed on behalf of 1.5 million female workers across the country was dismissed because a federal judge said there simply wasn’t enough evidence to prove that discrimination was part of a company-wide policy. However, from what we know so far of this case, which has been filed in the Federal District Court of Santa Ana, the managers have company records and e-mails to back their claim.

Representatives for Wet Seal have denied allegations that they fired or withheld promotions to African American employees on the basis of race. The lawsuit against the company contends executives did so in favor of hiring white workers who were a better fit to the clothier’s “brand image.”

As proof of these reported discriminatory tactics, the plaintiffs in the case have provided an e-mail that was sent three years ago by the senior vice president of operations to some of her staff. In that e-mail, the executive noted that the increasing number of African American staffers at retail locations was “a huge issue.”

One of those who has filed suit, an African American female, says that she was a manager at one of the store locations in Pennsylvania when she was fired back in the spring of 2009. A month prior to her firing, she contends that the same executive had visited that location and was overheard telling a district manager that the manager of the store should be someone with blonde hair and blue eyes.

Another African American woman, who worked at a New Jersey branch of the store, was told that she needed to diversify the staff there by hiring workers who weren’t black. She was given a month to do this back in 2009, and told if she did not, she would be fired. Before she could do anything, the decision of who to hire was taken out of her hands. She was let go the following year.

The executive also reportedly told managers they needed to “lighten up” their stores in order to reel in more white customers, and in another instance is accused of telling a regional manager that she must have been crazy to have promoted a black woman to a managerial position at a certain store.

The executive in question reportedly left the company last year, though the circumstances of her departure aren’t clear.

If the facts of this case are true as laid out in the lawsuit, this case should be an easy win for the plaintiffs. The fact is that even if there is some sort of consumer preference for employees of a certain gender or race or religious background, there is absolutely no exception in the law that allows you to discriminate. It doesn’t even matter if your sales suffer as a result (although we bet one would find little evidence to support that anyway).

There is simply no excuse for discrimination in any form.