Chapman University will pay $175,00 to settle an Orange County gender discrimination case filed by a female professor who alleged she was denied both a promotion and tenure due to her sex. 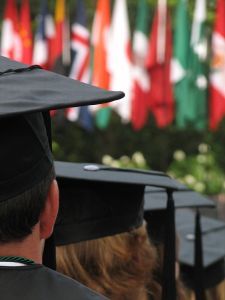 Orange County Employment Discrimination Lawyer Houman Fakhimi knows that these cases are quite common, but often it comes down to what’s provable in court and how hard a company or institution wants to fight back.

Oftentimes, discrimination cases are settled out of court because employers don’t want the negative press surrounding allegations of such egregious actions.

In this case, the federal Equal Employment Opportunity Commission got involved as well, and in addition to the payment the professor will receive, she’s also been promoted to the position of associate professor. However, because she no longer works at the university, a spokeswoman for the school said it was more of a resume-booster.

In addition to those terms, the school also agreed to set up a free hotline for staff to report sex discrimination complaints.

The professor had worked at the school since 1999 and was denied tenure in 2007.

When she first filed her grievance through the university’s appropriate channels, the grievance committee did agree with her. However, their ruling was rejected by the school’s executive board. In turn, she filed a complaint with the EEOC in 2008.

The EEOC launched an investigation that determined there was indeed reasonable cause to show she had been denied tenure because of her sex. In the face of that ruling, the school did an about-face, and agreed to settle the case in an a bid to avoid a civil court case.

Unfortunately, the one thing the settlement did not require the university to do was admit any guilt. However, it’s fairly clear based on the outcomes of two investigations – one of those internal – that the university was at fault here.

In addition to the hotline, they have also agreed to conduct further employment training in the areas of sexual harassment, discrimination and retaliation, with a more intensive program for managers and supervisors.

Sex-based discrimination violates Title VII of the Civil Rights Act of 1964, which states employment and/or promotion can not be denied on the basis of one’s gender (or religion, national origin, color, race, age or disability).

There are also other federal laws that prohibit this kind of discrimination, including the Civil Service Reform Act of 1978.

If you believe you may have looked over for a promotion or a job position because of your gender or any of these other protected statuses, it’s imperative that you contact an experienced Orange employment lawyer as soon as possible.

If you need to speak to an employment attorney in Orange County about an issue of discrimination, sexual harassment, wage dispute, or a violation of worker’s rights, contact the Employment Law Team for a confidential consultation to discuss your rights. Call (877) 529-4545. Serving Ontario, Riverside, Orange and the entire Los Angeles area.