A case out of Puerto Rico recently shows the challenge that persons with disabilities have at work as well as trying to show they have faced discrimination in the workplace.

In Ramos-Echevarria v. Pichis Inc., a worker who suffers from epilepsy claimed that his employer discriminated against him because he was denied a full-time position. He claims it was because of his disability, but two courts have ruled against him. 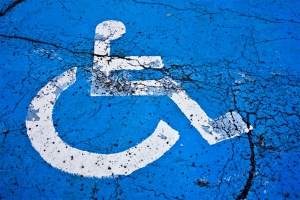 There are both state and federal protections for people with disabilities in California. Under disability discrimination laws in Newport Beach, workers who are otherwise qualified for a job but who suffer from a physical or mental disability can’t be denied employment simply because of the impairment.

And California residents also have federal protection from disability discrimination as well. Private employers, state and local governments, and others aren’t allowed to discriminate against the disabled, including hiring, firing, compensation, advancement, training and other areas of employment.

In this difficult economy, our Irvine employment lawyers feel for those who are rejected for jobs based on their disability. We will stand by their side and demand justice.

In this case, Ramos-Echevarria suffers from epilepsy, and according to court documents has nine to 16 “episodes” a week where he will see an “aura” before his body convulses for eight to 15 seconds. After that, his cognitive abilities are impaired and sometimes for a period after.

He was a part-time kitchen assistant since 1999, assisting with food preparation. He had a similar position since 2002 with another restaurant. Between three and six times a year his seizures cause him to leave work, but most of the time he stabilizes himself until they pass.

When he was first hired — he told the company about his illness on his application — his boss fired him after his first episode. He was told to bring in a doctor’s note stating that he can work despite the illness and he got one and was re-hired. Since then, he has never been denied medical assistance.

He claimed in his lawsuit that he has asked for full-time work but was told that he couldn’t get full-time work because of his condition. Others were hired after him and got full-time work while he still was stuck in a part-time role, despite his reviews being favorable.

The appeals court ruled that he failed to show that he has a disability within the meaning of the Americans with Disabilities Act and therefore his claim should be dismissed. They agreed with the lower court ruling and dismissed his case.

Employment law is a complex area that must be handled by an experienced lawyer. While these laws provide protection for workers, there are specific elements that must be met in order to show that a person has faced discrimination for a disability. A Santa Ana employment lawyer can help.