A recent case out of Illinois highlights just how critical it is to make sure your rights as an employee are upheld when you take medical leave.

In Makowski v. SmithAmundsen LLC, a law firm marketing director took time off from work under the Family Medical Leave Act in order to give birth to her child and recover afterward. 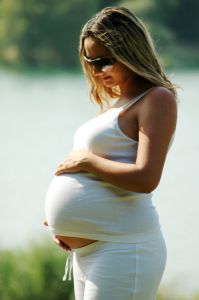 When she was on leave, her bosses told her that her position had been eliminated as part of a restructuring. She sued, alleging that she was the victim of discrimination and for retaliation. After a lower court ruled in favor of her former employer, an appeals court reversed.

In our now ultra-competitive work environment, companies are often scrambling to get or stay ahead as they compete. But they simply aren’t allowed to show favoritism toward employees simply because another is pregnant. Pregnancy discrimination in Fullerton is considered a special class that is protected.

Women who are pregnant must be treated like anyone else. That means they can’t simply be dismissed or fired because they are with child. And like any other full-time employee, they have a right to time off for medical reasons.

The federal Family Medical Leave Act is designed to allow employees to take unpaid leave for a certain period of time while enjoying the protection of their job. Under federal guidelines, to qualify for FMLA, a worker must have been employed for at least a year and must have worked at least 1,250 hours in the past year. The company must also have 5 or more employees over a 20-week period.

California also has a family leave law that was in place two years before the feds created their own in 1993. The two sets of laws are close in language and protections to pregnant employees.

In this case, sadly, the woman was treated poorly while on maternity leave with a bogus reason of “restructuring” as why they let her go. But as the appeals court noted in a 15-page ruling, verbal statements by a human resources director speaking with the employee upon being fired should have been admitted. Those statements showed a connection between the woman taking leave and her termination and were discriminatory in nature.

When the woman came to work to pick up her belongings after being fired over the phone, the human resources director told her she was fired because she was pregnant and took medical leave. She also told her that others who were pregnant had been discriminated against, and that she should consult with a lawyer to pursue a possible class action lawsuit.

After reviewing a lower court’s ruling, the appeals court reversed and admitted the H.R. director’s comments into evidence and allowed them to be used at trial.

While the term “smoking gun” is usually reserved for criminal cases, this would be the “smoking gun” in a pregnancy discrimination case. For an H.R. director, responsible for firing and upholding employment laws, to tell a fired employee that there is widespread discrimination would be a very important thing for jurors to hear at trial. It’s a good thing the appeals court took another look at this case.