In response to alleged mishandling of sexual harassment claims on college campuses throughout the country, the Justice Department’s Office of Civil Rights issued a 47-page open letter to the University of Montana – one of many such offenders – outlining a “blueprint” for how to identify sexual harassment. 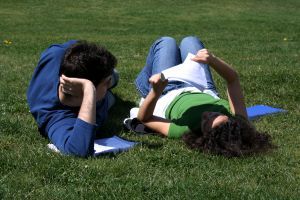 This blueprint was heralded as a guide for all college campuses across the country in trying to determine what conduct or action qualifies as sexual harassment, per the legal standard.

The document has come under fire from various civil rights groups, saying that as broadly-written as it is, it could violate First Amendment rights, prompting the OCR to issue clarification that its new directives should not be misconstrued as an attempt to suppress free speech.

Specifically, the offending passage refers to unwelcome conduct of a sexual nature that can include unwelcome requests for sexual favors, sexual advances and other verbal, nonverbal or physical conduct of a sexual nature, which may include sexual assault or other acts of sexual violence. The portion of the text that alarmed First Amendment defenders was that pertaining to “verbal conduct,” or, in other words, speech.

But clearly, the agency was not attempting to quell free speech. The goal is to curb sexual violence and sexual harassment on college campuses – a very real problem that has historically been very poorly addressed.

The case that prompted the agency’s review started in Montana in the fall of 2011. Two female students reported to the university that they had been sexually assaulted on campus by male students. The suspects were football players. The university hired an independent investigator, who later learned there had been seven additional reports of student-on-student sexual assault on campus between the fall of 2010 and the winter of 2011.

The independent investigator advised the university to implement better safety measures for students and more to provide more information regarding sexual harassment.

The DOJ indicated that on-campus sexual harassment is sufficiently pervasive or severe when it creates a hostile environment that denies or limits a student’s ability to benefit or participate in the school’s programming. However, the DOJ said this definition doesn’t go far enough, and that sexual harassment should be more broadly defined as any unwelcome conduct of a sexual nature. The DOJ rejected the argument that the conduct must be objectively offensive “to a reasonable person” in order to be considered sexual harassment.

What’s more, the DOJ advised enhanced training of staff in these matters and clearer policies with regard to reporting violations and grievances. Deans who have a dual role in investigating complaints and then subsequently presenting cases on behalf of the university to the university court have an obvious conflict of interest.

Additionally, the DOJ indicated that many campuses lack adequate protections for all forms of sexual harassment, including those that lack specific threats, damage to property or bodily injury.

And lastly, the DOJ advised that universities need to do more to extend their policies to situations of sexual harassment that may arise off-campus.

Sexual harassment on college campuses is not a new thing. It is only just now gaining significant attention from state and federal authorities.

With these expanded definitions, students and employees at universities should have an easier time bringing forth sexual harassment claims for damages.