He was once the head of Infosys, India’s second-largest software services exporter.

However, he was forced out following a sexual harassment lawsuit, which was later settled out of court. 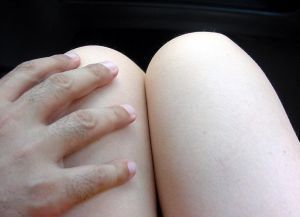 He then took up at the California-based iGate CEO.

Now, our Irvine sexual harassment lawyers have learned, his career is taking a familiar turn.

Phaneesh Murthy is once again facing a sexual harassment lawsuit, this time claiming that he harassed the company’s investor relations executive, made her pregnant and then attempted to pressure her to have an abortion or quit.

Instead, the iGate Corp. board has fired Murthy, following a probe of his actions by outside legal counsel. While most of the firm’s employees are located in India, the company is based in California. The company has already named an interim chief executive.

The very fact that Murthy had a relationship with a subordinate was dangerous legal grounds for him. A consensual relationship between a superior and a subordinate doesn’t automatically equal sexual harassment. The question, however, is how much were those lines of consent blurred by the imbalance of power.

In the old case, a subordinate employee, a Bulgarian-American, accused Murthy of sexual harassment and wrongful termination. We don’t know all the details of that case, except for that the two apparently had some form of sexual contact during the time both worked for Infosys. At some point, the female employee took out a restraining order against Murthy.

She then complained about being not only sexual harassed but forced to quit her job. The board said an internal investigation couldn’t prove definitively that sexual harassment had occurred. However, it faulted Murthy with failing to disclose the relationship as well as the protection order. As such, it fired him – but still gave him a $575,000 parting settlement for breaking his contract.

The firm later paid $3 million to the plaintiff.

Now, Murthy is facing similar sanctions, although the plaintiff remains an employee at the firm in question.

The plaintiff says Murthy began sexually pursuing her shortly after she joined the company in the spring of 2010. She said he would insert himself into her personal life, using the pretext that such actions were a necessity of business.

Representatives for the plaintiff said that but for the tremendous personal and economic power the CEO had over the victim, she would not have engaged him in any sexual activity. She said she did so only because he was her direct supervisor and her continued employment, which allowed for basic living expenses, was dependent upon him. Further, she said, he told her that if she hoped to continue her employment and advance her career, she would have to engage in a sexual relationship with him. She did so, she says, reluctantly.

When she tried to break it off, she says, he slashed her hours and reduced her responsibilities. He also threatened to fire her and placed additional pressure on her not to leave him.

In continuing the relationship, she says, she ultimately became pregnant. Upon this discovery, she says, Murthy pressured her to have an abortion. When she told him she would not, he demanded that she quit.

Instead, she filed a lawsuit.

Victims of sexual harassment in Irvine may contact Houman Fakhimi trial attorney at (888) 529-2188.