Discrimination can happen anywhere. Most commonly it happens in the workplace — people may be hired or fired not based on their abilities or work performance, but based on race, sexual preference, disability, national origin or other factors.

Those are unlawful reasons to fire someone or not hire someone. And that type of discrimination in Newport Beach must be fought. 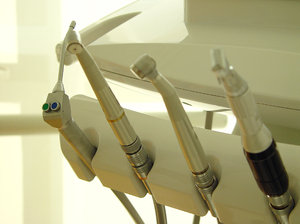 But the job market isn’t the only place you may find discrimination. As our Newport Beach discrimination lawyers have reported in recent months, discrimination outside the workplace can lead to major changes with businesses as well as municipalities.

In August, a woman sued Bloomingdale’s after alleging that a male employee wouldn’t serve her when she attempting to buy a men’s shirt for her upcoming wedding. A lawsuit states that the man scoffed at her and told her she shouldn’t be buying men’s clothes for herself.

In October, we reported that a city in Georgia had to re-do its policies about headgear in the courthouse after a woman sued and later settled with the city after her headscarf was torn from her head by a security guard. In that case, the Muslim woman was attempting to show support to a relative and was arrested because she refused to remove her headscarf.

In the news recently was another example of problems with discrimination. According to a study by the Williams Institute at UCLA, a survey of 612 dentist offices in the Los Angeles area found that five percent of dental providers have a policy of denying service to HIV-positive people.

Many surveyed claimed that they don’t have the needed precautions to control infections. Another five percent admitted they would treat HIV-positive patients differently, in ways that could violate anti-discrimination laws, The Huffington Post reports.

While this is a relatively small percentage, it still shows that discrimination exists in our society. On a positive note, 90 percent of those surveyed said they wouldn’t discriminate. And dentistry’s numbers are far lower than other industries surveyed by the organization — 55 percent of obstetricians and 46 percent of skilled-nursing facilities and 26 percent of plastic surgeons admitted to refusing treatment.

While there is room for improvement, the researchers were happy with the results, opining that two decades of exposure to HIV and AIDS and the progress of information about the illnesses has helped change the culture of discrimination against this group.

Our lawyers agree that while 90 percent is good, 100 percent would be better. No group should face discrimination based on their medical records, skin tone, gender or other factors. The only way to stop discrimination is to fight against it. Allowing it to happen and doing nothing only allows the culture to continue. It has taken decades to break down barriers and our Newport Beach employment lawyers will continue working toward that goal.