A Montana case shows us that employees do get fired for improper reasons and that lawsuits are designed to help workers who are wronged by their bosses.

In Williams v. Plum Creek Timber Co., a man claimed he was wrongfully discharged. After a local judge dismissed the case, the Montana Supreme Court reversed that court’s decision. 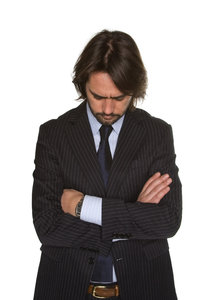 Wrongful termination in Irvine is a problem and one that causes many employees to not file claims for various forms of discrimination. If people believe there is a chance they will get fired or demoted for filing a claim of discrimination, they may be less likely to file a claim in the future.

Sadly, big companies sometimes believe that firing an employee may ensure their other workers think twice before filing a claim. But a successful jury verdict in favor of the fired employee can go a long way toward making sure officials think twice.

Irvine employment lawyers have represented many employees who feel they have faced discrimination in the past. That has led to many claims of discrimination and lawsuits that have followed. In cases where people have filed claims and then been fired, that opens up a whole new round of litigation that can lead to workers getting settlements.

But these cases aren’t easy. That’s why consulting with an experienced employment lawyer and keeping well-kept documented proof of notes, e-mails, calls and paperwork can help in proving your case. Big companies may try to throw their money at the problem with a high-priced legal team, but the truth is more valuable.

In the Williams case, the man had worked for the company since 1988. During the 18 years he worked there, he held various positions. But in 2006, the logging company determined it couldn’t supply enough logs in one of its plants to justify eight-hour days. It reassigned 25 employees to other mills.

The transfer process involved a grading system of sorts based on discipline, versatility, attendance and skill. Workers got a 1, 2 or 3 in each category. Scores were averaged and the employees with the highest scores earned a transfer. Transferred employees retained their pay level, but lost seniority.

Despite nearly two decades of experience, Williams was reassigned to a plan in 2006 and was put on probation for 90 days. Since he lost seniority, he was put in a low-impact position where he had no experience. He was supposed to take out defects and knots in plywood and while he improved over time, his company fired him after the 90-day probation period.

In his lawsuit, he alleged the company wrongfully terminated him based on a faulty scoring system, demoting him to a position where he had no experience, for not following its written policies and firing him.

Plum Creek moved for a dismissal and a judge granted the dismissal. But Williams appealed and the Montana Supreme Court reversed. The court ruled that a dismissal early in a case, called summary judgment, shouldn’t be granted unless there are not disputed facts.

In this case, the court ruled, there are many disputed facts and summary judgment shouldn’t be substituted for a trial. The decision was reversed and the case was set back for trial.