Riverside wage violations are a growing problem, not only here but across the country. 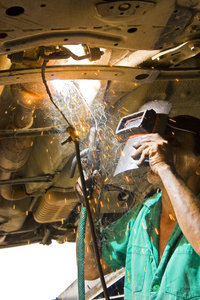 These are issues like unpaid wages or illegal deductions or failing to pay the minimum wage or overtime.

San Bernardino Employment Attorney Houman Fakhimi understands that many times, employees simply let these things go, figuring it’s not worth it to go after them. But the truth of the matter is, this is a form of theft, and employers need to be held accountable for these actions.

One example, recently outlined by the McClatchy Newspapers’ service, was that of a home health care worker in Michigan. Her employer owed her $400 in pay, which it kept promising to pay in her next pay check. Months went by before the worker finally filed a complaint with state officials, who told her employer to either pay up or face a formal hearing. That worker is still waiting for her check.

Particularly for larger sums or instances in which the violations occurred over a period of time, it can be well worth your while to hire an experienced employment attorney in Riverside.

The fact of the matter is, more employers than ever are trying these tactics, seeing how far they can push the envelope to get away with it. The tanking economy is a big factor in all of this.

Companies all over the country are trying to cut costs and simply keep their heads above water. Couple that with the fact that fewer and fewer unions are in place to protect workers, as well as government budget cuts that result in fewer enforcement actions, and this is something that we’re likely to see rise exponentially in the next handful of months and years.

In fact, some two-thirds of low-income workers report experiencing some form of wage theft on a weekly basis. That’s according to a study three years ago involving some 4,500 low-wage workers in Chicago, New York and Los Angeles.

Broken down a little more, that’s more than $50 per week, on average, per worker. That’s a huge blow for them individually, but it adds up to have a huge impact on our overall economy. A study recently just in Houston, TX alone discovered that workers lose more than $750 every single year due to wage theft.

Part of the problem for workers is that they may not realize what wage theft actually looks like. Sometimes, it’s blatantly failing to give you pay that you’ve earned. In other cases, it’s mislabeling you as an independent contractor, so that the company can avoid paying unemployment insurance on you. That also means that if you get laid off, you have no unemployment protection. For many people, especially those living paycheck to paycheck, that can mean the difference between losing their home or slipping into bankruptcy.

And often, if you have been hit with a wage theft or wage violation, others with the company have been as well. In the case of the Michigan home health care worker, the government had received three additional complaints from other workers.

In fact, the City of Los Angeles is among several that are actually considering additional laws that would help combat wage theft.