Riverside sexual harassment cases are not precluded from moving forward simply because of consent when one of those involved is a supervisor of the other. 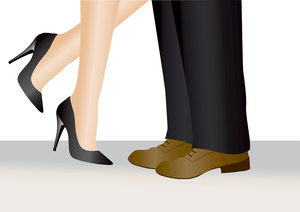 Riverside Sexual Harassment Lawyer Houman Fakhimi has known of situations in which the subordinate was afraid to press forward with the case, believing that although they hadn’t wanted to engage in sexual contact with their boss, consent made the point moot.

Now, we’ve just recently had the former CEO of Best Buy resign amid allegations of an inappropriate relationship with a subordinate. There are no indications at this point that what took place was sexual harassment, but given the power that this individual held within such a large company, it would not be surprising if such an allegation were to emerge somewhere down the line.

Medina v. United Christian is just one example of how consent doesn’t necessarily prevent actions from being deemed sexual harassment. In this case, there was a church that hired a young man to be the personal assistant of the pastor. His official responsibilities included helping the pastor with personal care and driving him from one place to another.

The employee later claimed that the pastor coerced him into engaging in a sexual relationship. The young man said he did not want to do this, but did so voluntarily after the pastor threatened his job and forced him to redo work he had already finished.

However, the court ultimately sided with the employee, citing a previous Supreme Court decision that indicated consent was not necessarily a factor in certain cases of sexual harassment.

That said, if there was consent, it can still be a more difficult case to prove than if the conduct or activity was expressly unwanted and rebuffed or refused. What a Riverside sexual harassment attorney would have to prove would be that the conduct was unwelcome, and that they were either threatened or had a fear that they would lose their job or suffer some other consequence as a result of not consenting.

It’s for this reason that a lot of businesses ban personal relationships among employees and supervisors.

It’s unclear whether Best Buy had that type of policy in place when it discovered that the married CEO had been carrying on a relationship with a younger female employee.

The company is reportedly investigating a number of “complaints” with regard to “inappropriate behavior” with a female employee. Now, it’s not clear whether those complaints came from the employee or from other co-workers.

The CEO later resigned in the midst of that investigation.