A state appellate court has upheld an earlier judgment from a trial court in favor of an employee who alleged gender harassment from her communications company boss. However, justices did reduce the award. 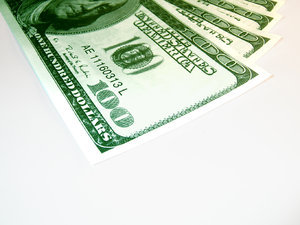 Orange County Sexual Harassment Lawyer Houman Fakhimi understands that a jury in San Francisco had determined that the supervisor at Qwest Communications mistreated the plaintiff and had harassed other women as well. For her ordeal, the jury awarded her $4.3 million in damages.

It’s important to note that there is a distinction between gender harassment and sexual harassment. The former is a type of discrimination in which the staffer is targeted on the basis of his or her sex or when those of the opposite sex are treated more favorably. Sexual harassment, meanwhile, is the presence of unwelcome sexual advances or requests for sexual favors or other conduct of a sexual nature that is either made a condition of employment or is used to make an employment-related decision or creates a hostile work environment.

In this case, Qwest appealed the trial court’s decision.

While the appellate court upheld the earlier verdict, saying it was clear that the gender harassment was so intense that it was understandable why the woman quit her job, the justices ruled that the jury’s award was excessive. Ultimately, they reduced it by almost half.

Gender harassment lawyers are disappointed at the justices’ decision to slash the damages, particularly given the egregiousness of the proven allegations.

It started back in 2006, when the employee in question was hired. In the San Francisco branch of the company, she oversaw sales of communications equipment, and her team not only met but exceeded its quota during those two years.

Several months after she came aboard, she was assigned to a new supervisor. What she did not know was that he had been hired after he had apparently sexually propositioned another younger female employee at his previous job.

At staff meetings, he would chastise her for being “too emotional.” He referred to her as a “silly girl,” and he also once asked whether she planned on going out that night to look for a sexual encounter.

Additionally, he berated her for taking credit for the success of others and told her she wasn’t likely to stay employed there.

The year after she started, she suffered a knee injury. The result was that driving became painful. The supervisor learned of this, and began mandating that she act as a go-between for the offices, which required her being behind the wheel for up to five hours each day.

There was also a string of evidence indicating that he called and e-mailed her nearly a dozen times a day. He would demand to know where she was or what she was doing. He raised her sales quota to an unreachable level – something he did not do for the other employees.

By the end of that year, the employee was fed up. She filed a complaint with the company’s human resources department. However, a representative told her it was a “minor” matter, and that they would inform the supervisor. This did not improve the situation. In fact, once the supervisor learned of the complaint, he was livid – and left her a voicemail telling her so.

The employee subsequently went on medical leave and then resigned.

As it was later revealed during the trial, this employee wasn’t the only one who had been the target of this supervisor’s ire. In fact, three other female employees testified under oath that he had insulted them and had treated male workers far more favorably than female workers – and it was obvious.

The jury sided with the employee, giving her nearly $500,000 for economic losses, about $2.8 million for pain and suffering and another $1 million for punitive damages.

The justices, however, determined that the non-economic harm that the worker suffered didn’t justify the nearly $3 million in damages. In their reasoning, they stated that lesser amounts had been upheld for those who had actually suffered mental breakdowns.

It seems an unfair standard. Mental breakdowns can vary depending on multiple factors, including a person’s own chemical make-up and mental health.

It is not yet clear whether the employee will appeal.