Many women who have worked to gain access to the video game industry in California and elsewhere are reportedly describing it as “frat boy culture,” rife with sexual harassment, discrimination and sometimes even outright sexual assault. 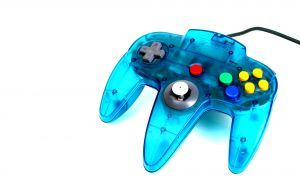 Westminster Sexual Harassment Lawyer Houman Fakhimi knows that this is by no means the only industry to generate this type of reputation, but it has gained attention in recent years, as it has expanded exponentially. It has for years maintained its status as a multi-billion dollar industry, but it’s continuing to grow with the increase of mobile gaming options, with companies headquartered from right here in Orange County all the way to Boston, Mass.

It’s long been a criticism that female characters in video games are hyper-sexualized. However, we heard little from actual women who worked within the industry – which was likely in large part due to the fact that there were so few. Those who were there feared potentially fewer opportunities if they spoke out.

But now, many are coming forward to say they have been often subjected not only to outright discrimination through unequal treatment, but also harassment and hostile working environments.

For an obvious illustration of this, one need look no further than the biggest professional industry convention held last year in San Francisco, where one firm hired topless models to help them network. Other companies hosted parties for professionals – with S&M themes.

It is therefore no great surprise that females account for only about 10 percent of all video game designers and just 3 percent of programmers. Compare this to the general field of technology and graphic design, where women account for about 60 percent of graphic designers and about a quarter of all programmers. What’s more, female programmers are earning an annual salary of approximately $10,000 less than men who are doing the exact same jobs, according to a recent Gamer Developer magazine survey. Female designers make on average $12,000 less.

Still, this was generally unspoken common knowledge, until this past fall, when a number of women in the industry took to Twitter to generate a larger conversation about feeling unwelcome, overlooked and at times (particularly at conventions) even unsafe. Some female designers revealed they had been taunted, propositioned – and even groped.

Some have even gone so far as to say there is a feeling that the industry as a whole is “openly hostile toward women.”

This is, of course, unacceptable. There may be a perception that because the primary target audience of the product is male that a “boys’ club” attitude should be more accepted.

The law would not agree. Title VII of the 1964 Civil Rights Act holds employers responsible to prevent and stop on-the-job sexual harassment. In California, the Fair Employment and Housing Act bars sexual harassment in the workplace. The state law also covers protections for contract workers, as well as direct employees.

It’s worth noting that the majority of large gaming conferences do have sexual harassment policies, with a number of them even outright prohibiting the use of topless or scantily-clad models for use as essential props.

So while some would say improvements have been made over the last few years, it would appear there is still a long way to go.