The U.S. Department of Justice recently settled its lawsuit against a Southern California city that it accused of violating the civil rights of a Buddhist group, the San Gabriel Valley Tribune reports.

The city of Walnut, which is east of Los Angeles, settled the complaint with federal authorities recently after the government accused the city of discrimination by denying the religious group’s request to build a Zen Center, which would have been the only non-Christian religious center in the city. 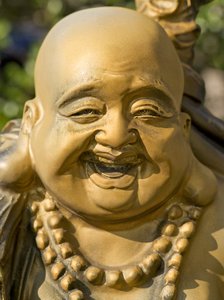 The Justice Department’s complaint alleged that the city denied the Zen Center’s application in 2008 and until that point hadn’t rejected a permit for the construction, expansion or operation of a house of worship since at least 1980.

Under the settlement, the city agreed not to impose different zoning or building requirements on other houses of worship. City officials will also have to attend training on religious discrimination and land use.

According to the news article, the group began designing its center in 2001, but in 2003, city officials began voicing concerns about the center. Despite concessions, including scaled-back plans, the city still rejected its application. The Buddhist group finally bought property in Pomona and opened a temple there, selling the Walnut land.

There were also 330 settlements in 2010, up from 89 in 1997. While many of the 3,800 religious discrimination complaints were unfounded, in about 10 percent, reasonable cause was found. In 2010, the commission settled $10 million in claims.

So, as you can see, it does happen. Employers tend to discriminate against religions they are less familiar with. But regardless of their knowledge level of a particular religion, they aren’t allowed to promote others or afford fewer opportunities to someone based on their worship practices.

Religious discrimination falls under Title VII of the Civil Rights Act of 1964 and is federally regulated. Some provisions of the law:

-An employer shouldn’t treat an employee less favorably or more favorably because of the employee’s religious beliefs.

-An employer must reasonably accommodate the employee’s religious practices.