This is just another case of businesses and agencies that don’t treat their employees fairly and pay a hefty price for their illegal and unjust actions. Cases of workplace gender discrimination in Los Angeles and other injustices based on a person’s age, race, religion, ancestry, sexual orientation or other factors go on every day. And that’s why consulting with an experienced Orange County Employment Lawyer is important. 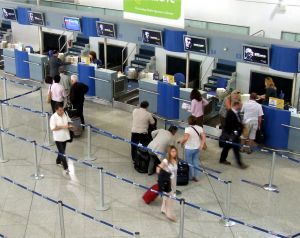 In the police officer’s case, she worked for the LAX Police Department since 1980 and held a lieutenant’s rank for 10 years. She alleged that being a woman prevented her timely promotion to a captain’s position, the Times reports.

Based on her qualifications, she argued at trial, she should have been promoted several years ago, but didn’t fit the “mold of a captain in a law enforcement organization.” She retired last year and her jury awarded her $925,209 for the discrimination. Counts of retaliation and harassment were denied.

This case reminds us of several other high-profile cases of gender discrimination reported by the California Employment Lawyer Blog. Retail giant Wal-Mart is fighting off more than one million former and current female employees, who believe there is widespread gender discrimination at the company, which provides lower pay and fewer promotions to employees. A Texas woman recently sued her former boss for age discrimination because he allegedly wanted her to dye her gray hair.

Women have spent decades seeking equal rights in the workplace. But studies still show that their male counterparts are paid better despite the progress they have made. And this discrimination shows today.

There are many examples of women who are denied promotions, aren’t hired at all or don’t receive the specialized training on the company dime that male co-workers do. And sometimes this discrimination is wide open where all employees can see. Sometimes, this involves decisions made behind closed doors that violates the female worker’s rights.

Regardless of how it happens, it is unjust and must be fought. In this tough economy, many people are thrilled simply to have a job and will endure discrimination if it means they are getting a regular paycheck, but this isn’t acceptable. For those who believe they may be facing discrimination at work, simply consulting with an Orange County Employment Lawyer is a good first step.

It is sometimes possible to be awarded damages on top of back and future pay as well as remain employed if a case is settled or goes to trial and is successful. While there are no guarantees, each case should be explored to see what the options may be. Businesses and corporations must be held accountable for their practices that treat employees unfairly — not based on their job quality but on factors they can’t change.