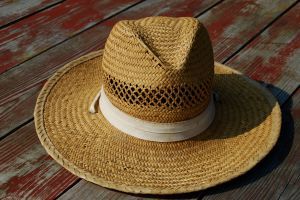 Orange County Sexual Harassment Lawyer Houman Fakhimi hopes that these measures will be given careful consideration by our legislators.

The first measure, Senate Bill 516, is labeled as an act relating to human trafficking. It builds upon existing law under Proposition 35, the Californians Against Sexual Exploitation Act, which holds that any person who deprives another of personal liberty with the intent to obtain forced labor or servitude is guilty of human trafficking, and should face a prison sentence and a fine of up to $500,000.

Additionally, S.B. 516 would be barred from certain practices, such as charging recruitment fees to workers, which is a commonplace gouging tactic that is often employed by human traffickers.

Meanwhile, the other measure, Senate Bill 666, addresses employment retaliation, specifically by employers of foreign workers who complain about unsafe or unfair working conditions.

It’s common for many immigrant workers to be treated poorly and subjected to working conditions that we would never deem acceptable for American workers. However, immigrant workers are often caught in a difficult position because employers simply threaten to turn the workers over to immigration officials if they file a formal complaint.

With this bill, the immigrant workers would be given some leverage, which would involve fines of up to $10,000 for a violation.

If the legislation is passed, it would help to assist individuals like “Angela,” who came to the U.S from east Asia, hoping to make a better life for herself. However, the labor contractor who helped her to secure a visa then turned around and told her that she owed $12,000 and that she would have to work for a decade to pay off that debt.

Her days stretched on for 18 hours at a time at a nursing home, where she was forced to sleep in the hallway and given only scraps of food to eat. When she tried to escape, she was threatened with deportation.

Another huge problem for foreign workers, is sexual harassment and sexual violence. It’s rampant, particularly in the agricultural industry. However, few victims report it because they fear severe retribution.

Other workers are frequently exposed to dangerous conditions. Many work long hours in intense heat with few breaks and little water. One foreign worker, a 17-year-old pregnant female, recently collapsed and died from heat exhaustion one afternoon while working in a California vineyard.

To top it off, the wages that are paid are unlivable.

Targeting the employers who perpetuate these kinds of conditions will ultimately make California a safer, more humane place to work.