A superior court judge in Los Angeles has dismissed the case of a man who sued his former boss, the previous L.A. schools superintendent, for sexual harassment after finding that the case wasn’t filed in a timely manner. 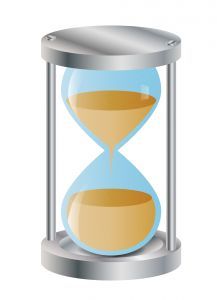 Fontana Sexual Harassment Attorney Houman Fakhimi can’t stress enough the importance of contacting an attorney as soon as possible in these cases – even when you aren’t sure whether you intend to file a lawsuit.

In California, sexual harassment victims may have up to a year to file an administrative complaint regarding the incident with the state’s Department of Fair Employment and Housing, under California Gov. Code Section 12960.

However, sexual harassment victims have just six months from the time of the incident to file a discrimination charge with the Equal Employment Opportunity Commission, which protects the federal right to sue if a complaint isn’t filed with the state DEFH. After that, the individual has between six months and one year from the date of that letter (depending on with which agency the complainant filed) to file a lawsuit. If that administrative complaint isn’t filed soon enough, you won’t be allowed to move forward with your case.

That’s why it is so critical that you meet with an attorney if you are even mulling the possibility of legal action. Failing to do this can result in you missing your opportunity to seek justice.

In this case, the judge took no specific issue with the merit of the claim filed by the former school employee, but instead ruled it simply wasn’t filed in the allotted six-month time frame allowable.

Subsequently, the employee told two of his supervisors, who then reportedly failed to take any action for a number of weeks. The officials would later say the employee begged them not to do anything about it. Later, an attorney for the school district reportedly pressured the employee to drop the matter.

However, the intention to file a harassment claim wasn’t filed until the spring of last year – roughly two years after the alleged incident occurred.

Initially the board of education had approved a $200,000 settlement and lifetime health benefits for the employee if he agreed to vacate his post. However, the deal was leaked by officials in the district before it was final, causing the negotiations to break down.

That prompted the case to return to court, where the judge sided with the school’s request to have the case dismissed.

The employee complainant has said he intends to appeal the decision.

If a sexual harassment situation has gone on for an extended period of time, usually we will look to set that statute of limitations from the date of the most recent incident.

No matter what your situation, contact an attorney to learn more about your legal options.

Victims of sexual harassment in Fontana may contact Houman Fakhimi trial attorney at (888) 529-2188.