Charter Oak High School recently fired its junior varsity boys water polo coach after discovering what school officials said were inappropriate photos posted on Facebook and MySpace. The coach alleges he was fired because he is gay, the Glendora Patch reports.

There are many forms of discrimination and, unfortunately, they are often used by bosses and co-workers who aim to show power over others unlawfully. Sexual orientation discrimination in Santa Ana is wrong and requires the skills of an experienced Orange County Discrimination Lawyer who is able to sort through the facts and show that the clients have been victimized at work. 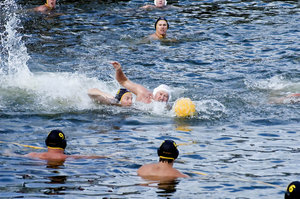 In this case, the openly gay man previously coached water polo in the mid- to late-1990s and returned this summer, only to be fired four months into his new tenure, the Glendora Patch reports. School officials recently discovered pictures taken when he wasn’t on school time that depict him suggestively holding a corndog to his face and posing with men in drag. In none of the photos was he wearing anything sexually suggestive nor were students linked to the pictures, the news story reports.

The coach says that retribution and discrimination is to blame for his firing. The story states that two weeks before school started, half of the swim students hadn’t yet completed their yearly physical, which clears them to compete. But after the week deadline had passed, some students still hadn’t completed the physicals and, as punishment, had to wash the cars of faculty and administrators.

One angry parent approached the coach after practice to complain and shortly after, an anonymous parent sent an envelope to the principal with a letter and the photos, some that were taken years ago.

The coach, a 1993 graduate of the school, is now worried for his daughter, who is a freshman there. She has already been confronted by students who have taunted her about her father after he was fired.

Parents have called and written letters of support. Even other coaches have said they support the fired coach because of the talent he brings to the school. He has also been a fundraiser for the aquatics program.

The coach brings up a valid point that shouldn’t be overlooked. While social network sites such as Facebook and MySpace have put employees on edge about facing sanctions if they post “inappropriate” photos or messages, employers can’t be discriminatory in the actions.

While some homophobic employers, or parents in this case, may object to someone based on their sexual orientation, would a teacher or coach who is heterosexual who had pictures leaked of them with a scantily clad woman be fired? They would probably be sanctioned but not fired. Then again, maybe no one would object.

That is discrimination. One person can’t be punished for an action that others have done but not sanctioned for doing.

While California has been more accommodating and accepting of gay, lesbian, bisexual and transgendered people and employees, there are still obstacles to overcome. People are still sometimes treated poorly, not hired or inappropriately fired for factors that have nothing to do with their job performance or skills and that needs to end.