A federal discrimination lawsuit filed against the Hooters restaurant chain alleges that the company forced a waitress out after brain surgery left her with a shorn head and an unsightly scar. 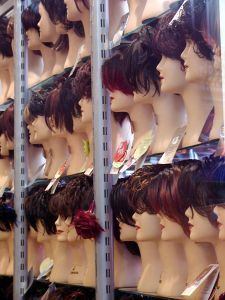 Our Fullerton employment discrimination attorneys know that this certainly is far from the first time that Hooters – and establishments like it – have been embroiled in this kind of litigation.

On one hand, you have a business model that relies heavily on the appearance of its employees. Yet on the other hand, you have to balance that with the rights of workers.

Such a model doesn’t excuse discrimination any more than it would excuse sexual harassment (as evidenced by a $275,000 sexual harassment case the chain lost last summer in Kentucky, where a 24-year-old waitress had been the victim a laundry list of unwanted sexual advances demeaning behaviors and odd recrimination from her managers).

As some legal scholars have pointed out, a lot of cases such as the one before us now are settled before they ever go to trial, which means it is difficult to measure the success of the company’s argument that they are not only selling food, they are in fact selling an atmosphere of sexuality.

This woman’s situation could potentially fall into all three categories. As a spokesperson with the U.S. Equal Employment Opportunity Commission pointed out, a company can not shield itself from a discrimination claim by simply citing customer preference, so long as the plaintiff has the ability to perform the job’s essential functions.

According to court documents, here’s what happened:

The plaintiff began working at the restaurant back in 2005. She had no issues, and by all accounts was a good employee.

Then last summer, doctors found a large mass in her brain. Specialists determined that she had to undergo immediate brain surgery, an intensive procedure in which a part of her skull had to be removed in order to extract the mass from her head.

The surgery went well, and she suffered no long-term effects. Her boss visited her while she was still in the hospital, and reportedly told her that as soon as she was physically able to do so, she could return to work. He also told her that she could wear jewelry or a chemo cap to detract from the bald patch and scar.

However, another supervisor disagreed. He told her that if she wanted to return to work, she would need to wear a wig. The problem was, wearing it was actually an impediment to her healing, not to mention the fact that she found it painful.

Due to her refusal to wear the wig, her supervisors slashed her hours significantly – to the point where she had no choice but to quit. This tactic, her lawyers argue, is a violation of state law.

Discrimination based on disability is just one form. It’s also illegal to deny employment or take adverse action against an employee on the basis of race, skin color, religion, gender, national origin or pregnancy. Additionally, California law specifically protects against sexual orientation discrimination.

Victims of employment discrimination in Fullerton may contact Houman Fakhimi trial attorney at (888) 529-2188.