A woman who used to work as a school counselor in New Mexico has filed a sexual harassment lawsuit alleging that after she ended a consensual sexual relationship with her female boss, she suffered sexual harassment, retaliation and defamation.

Our Rancho Cucamonga sexual harassment attorneys know that many people in this situation shy away from litigation, thinking that they must somehow be responsible for it because they had previously consented to a sexual relationship. 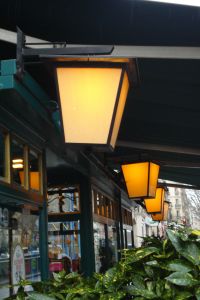 The truth of the matter is that no one agrees to be sexually harassed. No one has the right to threaten you with job loss or other adverse career-related consequences because you won’t engage in sexual activity.

Many companies have internal policies against consensual sexual or romantic relationships between colleagues – especially those where there is an inherently unequal professional gap between the two parties.

Such relationships may be ill-advised, but they don’t necessarily break the law – unless one of the individuals feels in some way coerced or pressured into the relationship. Likewise, if the relationship ends and one party ends up suffering retaliation as a result, that too crosses the legal line.

The school would not comment on the reasons for her being placed on administrative leave, though the superintendent was alleged to have told her it was due to the fact that a complaint was made against her regarding her expressed lack of confidence in the administration.

That was after the counselor, along with two other teachers, contacted police about inappropriate conduct on behalf of a social studies teacher, as reported by students. While police investigated the claims, the counselor says the school never took any action against the teacher. The superintended was said to be upset that the teachers went straight to the police – despite the fact that teachers are required by law to report potential crimes against minors and students to police.

No arrest was made because, while the teacher’s conduct was inappropriate, it wasn’t illegal.

The counselor says her relationship with her bosses deteriorated from there, and she was not only placed on leave but later transferred to another school.

She has filed the suit seeking not only general damages, but also loss of earnings, attorneys fees and other costs.

The U.S. Equal Employment Opportunity Commission indicates that it is illegal for an employer to fire, harass, demote or otherwise retaliate against someone for either filing a discrimination complaint or because they complained to superiors about workplace discrimination or because they participated in a formal investigation.

If you have questions concerning adverse employment action taken against you as a form of sexual harassment or retaliation, please contact us today.