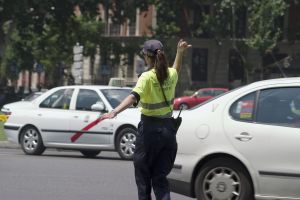 Newport Beach Sexual Harassment Lawyer Houman Fakhimi has learned that part of what made this case so solid was the fact that not only did you have two plaintiffs with similar accounts against the same individual, there were numerous other police officers who had not filed suit who were prepared to testify against the sergeant.

According to court documents, the harassment against the two women dragged on for a year and occurred on numerous occasions. During that time, the women were reportedly subjected to a barrage of lewd comments and sexually-charged gestures that specifically referenced their sexual orientation.

It’s worth noting that while no amount of sexual harassment is ok for anyone to endure, these were not to women who could be considered thin-skinned.

For example, the now-retired officer spent years as a closeted gay woman in the U.S. Navy, enduring years of sexual harassment. As her lawyer indicated in describing this situation, “it took a lot” for her to finally say, enough is enough.

How do you know when you’ve reached that point?

In order to answer that question, we must first explore how sexual harassment is defined. It’s essentially a form of sexual discrimination. It is characterized by visual verbal or physical conduct that is sexual in nature, unwelcome, severe or pervasive and affects your working conditions or establishes a hostile working environment.

Conduct isn’t considered sexual harassment if it’s welcome. This is why it’s usually a good idea to clearly communicate your discomfort with the person’s actions, either in writing or verbally, adding that it needs to stop.

In order to pursue litigation, a single incident probably will not be enough to warrant a claim, unless it is severe, such as rape or attempted rape. In those cases, criminal charges would likely also be appropriate.

Otherwise, a single, unwanted request for a date or something of that nature might be inappropriate and it may offend you. However, if it ends there and/or after you have made it clear you want it to stop, then it may not be considered sexual harassment in the legal context.

Some of the questions you may want to kick around as you explore the possibility of filing a lawsuit:

–How long did the harassment go on?
–How many times did these incidents occur?
–Were other people also sexually harassed?
–Would anyone else be able to back your claims?

To be clear, if you answered no to the last two questions, it does not mean you don’t have a case. It just means the case might be wrought with greater challenges, which is all the more reason to hire a legal team with extensive experience.

In the case involving the two homosexual police officers, the police department conducted its own internal investigation, though the results of that were not released publicly. We do know that the sergeant in question resigned shortly after the conclusion of that report.

What is especially troubling to us, aside from the fact that someone who was trusted to uphold the law was so blatant in breaking it, is that it appears the agency acted to protect him. The department reportedly failed to take any official action on the women’s complaints until after they had filed a lawsuit.