A Los Angeles County Superior Court judge has dismissed a major discrimination and harassment lawsuit filed by a former police lieutenant, according to the Burbank Leader.

The police lieutenant alleged that he was placed on administrative leave in retaliation for complaining of an improper relationship between the police chief and the officers’ union and that he suffered repeated acts of harassment as well as racial discrimination in Burbank. 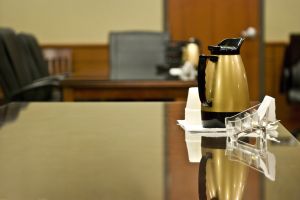 Discrimination and harassment at work, unfortunately, is not uncommon. And many people are quickly put into a powerless position of having to determine whether they want to risk their careers and jobs in a bad economy or endure what they know is wrong. If you feel you have been harassed or discriminated against at work, contact Orange County Employment Lawyers for a free consultation. We understand these sensitive issues and can give you good advice about your situation.

According to the news report, in dismissing the case, the judge called the allegations against the Burbank Police Department unfounded and lacking. The lieutenant had hoped to sue on behalf of other officers as well.

What this shows Orange County Employment Lawyers is that there are many people in the California workforce who aren’t being treated fairly. Sometimes, bosses or corporations don’t intend to discriminate and sometimes it can be obvious and intentional. Workers sometimes don’t even know it’s happening. It may take a company whistleblower to point out things that are said in closed-door board meetings.

If you need a Los Angeles County discrimination attorney, call the California Employment Law Team at 877-529-4545 to discuss your rights.