As head of the National Restaurant Association in the 1990s, two women accused Herman Cain, now running for president, of inappropriate behavior after complaining to colleagues and officials and leading to a settlement, Politico reported recently.

As the Los Angeles Times points out, Cain’s defense on the matter has varied. During his first media interview following the story breaking, Cain said he didn’t know if the case was settled. Later that day, he said he was falsely accused and allowed the trade group to handle the situation. In two other interviews that day, Cain said one woman may have gotten two or three months’ salary as part of a settlement and then said he didn’t act inappropriately, “but as you would imagine, it’s in the eye of the person who thinks that maybe I crossed the line.” 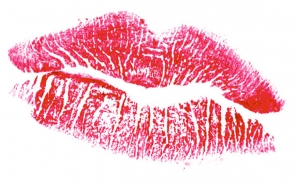 Other than the fact that the person allegedly involved is a presidential candidate, we know of many incidents like this, including charges of sexual harassment in Huntington Beach. Most commonly, sexual harassment charges stem from incidents or alleged incidents in the workplace. A co-worker or a boss sends out an inappropriate e-mail with sexual connotations that makes a person feel uncomfortable. Or maybe during the course of a typical work day, a manager or business owner makes a sexually offensive joke or touches someone in a manner that many would consider inappropriate.

These are all issues that must be taken up with an experienced Huntington Beach sexual harassment lawyer. Voicing one’s opinions and asking that the behavior stop may be one way to address the matter, but that can also open up the person to potential retaliation if the accused doesn’t take kindly to their words. A lawyer will ensure your rights are upheld.

Details of the situation with Cain aren’t clear. Politico reports that they chose not to include the identities of the two restaurant association employees citing privacy concerns. The news report states that the women received separation packages reaching hundreds of thousands of dollars.

Politico reports that the allegations stem from conversations filled with innuendo or sexually suggestive questions during conferences and at hotels on association business. The allegations also include physical gestures that weren’t sexual, but made women uncomfortable and they considered them improper.

Cain has tried to play off the allegations as false, but the association clearly didn’t want any part of it and decided to settle with the victims instead. This sort of thing happens in corporate America, when high-ranking officials believe they can say or do anything without getting caught.

But the time of sexual harassment in the workplace needs to come to an end. No longer should people with power use their influence or position to make the lives of their subordinates frustrating and uncomfortable.

The landscape is changing, but it is still old-school in some places. They need to change and get with the times, but it often takes an example to make that happen. If the culture in a workplace isn’t right, it won’t change overnight. It takes time, but it has to start someplace.