Women suing their employer for sexual harassment will have to submit their Facebook passwords to the court, a federal judge has ruled. 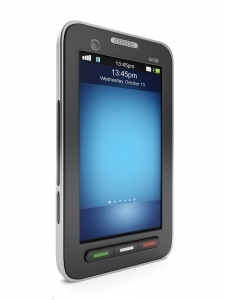 Fullerton Sexual Harassment Lawyer Houman Fakhimi understands that the nearly two dozen women who filed, in conjunction with the Equal Employment Opportunity Commission, have been ordered to hand over their passwords so that an appointed forensic expert can comb through their files to see what they may have posted about the case.

These are women who are alleged to have suffered repeated offensive and unwanted sexual comments, physical touching and innuendos at the hands of their regional manager in Colorado. They had told him repeatedly to stop. When these women complained, they were either subsequently disciplined or fired.

For them to now be violated in this way is abhorrent and is an affront to their privacy.

The Georgia-based company, The Original HoneyBaked Ham Co., alleges that the women traded musings about the legal action and commented on their financial expectation of the outcome of the case. They also reportedly discussed it in cell phone text messages, which the company’s attorneys are fighting to have released.

As a number of privacy advocates have noted, this is a terrible ruling for the simple fact that it will result in the dissemination of all sorts of personal information by those who have already been victimized.

Among the reasons why the judge granted the defendant’s request included that:

–She posted a photo of herself wearing a shirt emblazoned with the term she had stated in her lawsuit that she was called by the manager and which she deemed offensive;

–She writes about her positive outlook on her post-termination life, despite evidence to the contrary in her lawsuit;

–She reportedly had self-described her sexual aggressiveness in a number of postings;

–She reportedly commented on her wall about interactions she engaged in with defendant, as well as “sexually amorous communications” with others who had filed suit;

–She reportedly posted information about her post-termination income opportunities and employment.

The judge ruled that each of these elements may hold some relevance for the defendants in the case.

However, a strong argument should be made on why these are not relevant, as the line of reasoning gets into an awful lot of “blaming the victim.” For example, just because a former employee expresses sexual interest in others does not mean that the comments made by her supervisor were welcome or acceptable or that she should have to endure such remarks as a condition of being employed.

In addition to their Facebook passwords, the judge has ruled that the claimants will all have to turn over records of their cell phone text messages.

The information won’t be immediately sent to the attorneys for the defendant, however. It will be reviewed by the independent forensic analyst, who will then report back to the judge.

The district court judge himself noted that the whole realm of social media is thorny, and something with which the courts are only beginning to come to terms with. However, he noted that, essentially, if the women did not want them to become part of the lawsuit, they should not have posted them.

It’s unclear how these messages will affect this case. What our Fullerton sexual harassment lawyers would hope others would take from this is that those who are involved in civil litigation should cease online communications about the topic until the case has concluded. If damaging communication does exist somewhere in cyberspace, you must disclose it to your attorney immediately.