While city council members in San Diego have declined to pay for the legal defense of an embattled mayor who is fending off claims of sexual harassment, the city could still find itself financially liable. 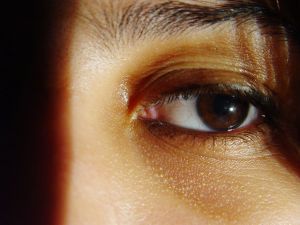 San Bernadino Sexual Harassment Lawyer Houman Fakhimi knows this is particularly true if the alleged victims choose to target the fact that the city never provided the mayor with sexual harassment training.

At least eight women have so far come forward to allege the mayor sexually harassed them. Some of those allegations predate the mayor’s election.

The mayor is using the argument that because the city failed to meet its legal requirement to provide him with anti-harassment training, it should have to pay for his legal defense.

So far, only one of those victims, the mayor’s former communications director, has formally filed a lawsuit against the mayor and the city.

In the state of California, the state department of employment and housing requires that all private employers with 50 or more workers must provide sexual harassment training. This is the case whether those workers are full-time, part-time, temporary or contractors. There is no requirement that those workers all work at the same location.

All public employers – including city governments – have to provide sexual harassment training to employees regardless of the size.

The training required should be given to supervisory employees, who must be given two hours of instruction every two years. New supervisors have to be given instruction within the first six months of their employment.

In most cases, that training has to include instruction on both state and federal laws defining sexual harassment, the agency’s principals regarding prohibition and any strategies in place to prevent unlawful sexual harassment. It must also lay forth any remedies that the firm makes available to victims of sexual harassment and it should include practical examples of what sexual harassment is and is not.

A minimum of two hours is required, though it could go on longer.

In this case, a lawyer representing the mayor has said that if there is any liability, it will be on the city for failing to prevent harassment. The trainer reportedly scheduled the session, but then canceled and never rescheduled.

However, it’s worth noting that a failure to provide sexual harassment training does not excuse sexual harassment. San Diego’s failure, if it’s in fact true, didn’t give the mayor a free pass to break the law.

The women – including the former communications director – allege that the mayor, who previously served five terms as a U.S. representative, subjected them to crude and vulgar comments, inappropriate touching (including kissing and groping) and sexual aggression. In two instances, the mayor is accused of putting a female staffer in a headlock and forcing a kiss on her.

Some of the claims took place many years ago, and may be past the statute of limitations at this point. In California, the Department of Fair Employment and Housing holds that the victim must file a charge within one year from the date of the last incident. That is if the victim intends to sue.

A person can come forward at any point even if they don’t sue, and there is always the possibility that their testimony could be used to bolster claims of other later victims who are suing.