Venture capitalist firm CMEA is being sued by three women claiming not only sexual harassment, but retaliation and failure to prevent harassment. 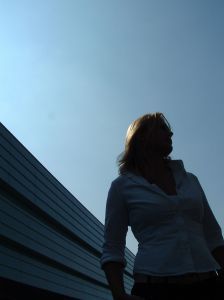 Chino Sexual Harassment Attorney Houman Fakhimi understands that the three former executive assistants recently filed a 17-page complaint alleging that the former president and COP of the partner conducted himself in ways that were both racially and sexually inappropriate. The case is Dawn-Shemain Weeks, et al. v. CMEA Development Co. LLC.

In fact, this is not the first time such allegations have been lobbed against a larger venture capitalist/tech industry firm, which numerous media reports have noted warrants a closer look at the overall culture of these firms.

For example, in February, the COO of Square resigned amid accusations of sexual harassment, though a lawsuit was never filed. He reportedly denied those allegations and was then hired by another large venture capital firm.

And last year, in another high-profile case, a female junior partner sued Kleiner Perkins Caufiled & Byers alleging that she had suffered gender discrimination and retaliation. That case is still ongoing.

This case was reportedly much more than a single isolated incident, as the firm is attempting to suggest. Among the allegations by all three women, the administrator in question reportedly called one of the female employees a “dirty bird.” He also is alleged to have routinely watched pornography on his work computer and he pestered one of the women about her pubic hair grooming habits.

The women say that the administrative team at CMEA were well aware of this man’s propensity for inappropriate behavior. In fact, all three say they were warned by other higher-ups to stay away from him, as he was “a predator.” This directive insinuates that it is the victim’s responsibility to steer clear of the aggressor, as opposed to the aggressor’s responsibility to maintain an an appropriate and professional relationship. This is simply not the way the law works.

The women say they all three filed a formal complaint with the firm back in April of last year. The administrators appeared to initially take the claim seriously, by hiring an independent human resources firm to investigate the claims. That investigation reportedly resulted in the corroboration of the female employees’ account, and as a result, the administrator was ultimately bought out and dismissed.

However, after that, the female workers’ overtime pay was slashed by more than a quarter, while their workloads increased by nearly 50 percent – a clear indication of retaliation. One of the partners reportedly complained that the women’s complaints had cost the company a great deal of money.

The women say they were ultimately forced to quit, as their pay was no longer adequate.

CMEA denies that the pay cuts were the result of any retaliatory action, but rather stemming from efficiency and economic concerns.

This is a common cop-out given by companies who are trying to avoid admitting when they have wronged an employee who has filed a legitimate complaint. Given in this case that the change just happened to involve the three women who had filed the complaint, the firm’s claim here is tenuous, at best.

No matter the circumstances, a skilled sexual harassment attorney is key to any successful claim.

Victims of sexual harassment in Chino or throughout Orange County may contact Houman Fakhimi trial attorney at (888) 529-2188.