In one of the more unusual employment lawsuits in Orange County or the surrounding areas, a Southern California man claims he was fired from his job at a NASA laboratory for doubting Charles Darwin’s theory of evolution.

Our Orange County discrimination lawyers would file this one under discrimination based on religious belief, which is protected by state and federal law. The Pasadena Star-News reports the employee is a well-known proponent of “intelligent design” who writes the blog “Creation-Evolution Headlines.” 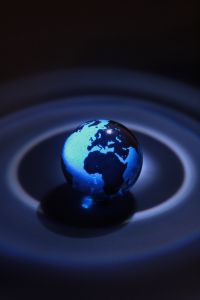 He initially filed suit in Los Angeles Superior Court last April, claiming he was demoted from his job at NASA’s Jet Propulsion Laboratory because of his beliefs. He now plans to add retaliation charges after he was laid off from the lab earlier this year. He may also claim a free-speech violation.

The original discrimination lawsuit in Los Angeles was filed under the California Fair Employment and Housing Act. An Orange County employment attorney may claim retaliation if a client suffers negative consequences as a result of asserting his or her rights in the workplace, whether the issue is employment rights, or alleging a violation of health and safety regulations.

The First Amendment claim could be made as a result of a new Supreme Court decision, NASA v. Nelson, which was issued in response to a lawsuit by employees of the lab, which claimed background checks were a violation of their civil rights.

Legal theorists said such an argument might be made if intelligent design is viewed as a political opinion and not a religious one; protections for religious activity have not been read by the courts to include speech during work hours.

Detractors say the scientific community at NASA has encouraged criticism of intelligent design and has tried to shut down any pro-intelligent-design view points. The same employee has made a First Amendment claim against the California Science Center in Los Angeles.

If you need to speak to an employment attorney in Orange County about an issue of discrimination, sexual harassment, wage dispute, or a violation of worker’s rights, contact the Employment Law Team for a confidential consultation to discuss your rights. Call (877) 529-4545. Serving Santa Ana, Ontario, Riverside and the entire Los Angeles area.