The California Supreme Court has decided to take on the issue of whether an individual can sue a franchisor for sexual harassment and subsequent retaliation by a franchisee employee and supervisor. 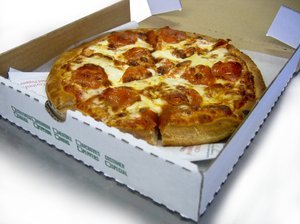 This is an important issue because it will determine whether larger chains can be held civilly accountable when the actions of franchisee employees or supervisors violate sexual harassment laws.

The plaintiff was 16-years-old when she alleges that she was sexually harassed and sexually assaulted by a manager at the store. When she complained about the assault, she says the owner fired her.

The teenager subsequently sued the franchise owner, as well as the larger Domino’s organization. She claimed violation of the Fair Employment and Housing Act for the company’s failure to prevent the assault, battery, infliction of emotional distress, discrimination, retaliation for exercise of rights and constructive wrongful termination.

The owner had argued in the lower court case that he was instructed by an area leader of the Domino’s corporation to fire the manager, as well as the employee. He said the second firing was for failure to properly handle bags. The owner said he feared being put out of business if he did not comply, as the chain was overbearing and management for the corporation conducted constant inspections of operations at the franchise.

However, the Domino’s corporation successfully argued for a summary judgement in the superior court, saying it was not actually the individual’s employer and was not responsible or involved in the hiring, supervision or training of workers.

The lower court’s ruling placed sole responsibility of the actions in the lap of the franchise owner, who had since gone bankrupt.

However, the appellate judge ruled that the franchise agreement was such that it granted Domino’s corporate office substantial control over both the operations of the franchise and its employees. This was illustrated by control over everything from dress codes to grooming standards to advertising to store hours to tax accounting to store decor.

Other courts in other states have ruled that a franchise agreement is key to whether a franchisor has control over a franchise and the actions of its employees. California has previously ruled that the provision of that agreement may be relative. The justices ruled that given the totality of the evidence, the plaintiff should have the right to bring the case before a jury, who will then be able to decide whether they believe claims by corporate Domino’s that they had little control over operations or actions at that particular store.

It was noted that unlike cases in which sexual harassment is reportedly committed by the victim’s co-worker, employers can be held liable for a single act of sexual harassment by a supervisor if the alleged act was egregious. The alleged sexual assault of an underage employee by an older supervisor, the justices ruled, may qualify.