A woman in Martinez, California, near Sacramento, is alleging that she suffered sexual harassment and abuse at the hands of two different teachers at her middle school – and that the district had long known these teachers to be problems. 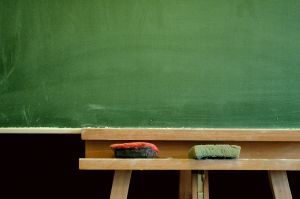 San Bernadino Sexual Harassment Attorney Houman Fakhimi understands that some of the allegations made would generally fall within the criminal realm, but with one of the teachers now deceased and the statute of limitations expired, civil action may also be appropriate.

In California, the victim of sexual harassment has one year from the time of the last incident of sexual harassment to report the claim to the Department of Fair Employment and Housing. From there, he or she will receive a right to sue letter, which advises the victim he or she has another year from the date of that letter in which to file a complaint with the state superior court. Of course, a lawyer handle all of this for you.

However, for cases of child sexual abuse, which is what is alleged in this case, the statute of limitations is extended to within 8 years of the age of majority, meaning before your 26th birthday. There are loopholes to this, which your attorney can explain to you.

In this case, the woman says that she was sexually harassed and later molested by a male science teacher at the school when she was just 11 years-old. That teacher committed suicide six years later, after allegations of sexual misconduct were lodged against him in a separate case.

Then, the plaintiff says, she was sexually assaulted by her female sexual education teacher. That woman, now 44, is serving an 8-year sentence in state prison for four felonies relating to sexual abuse of an underage child.

The woman in this case says she decided to file suit after the Contra Costa Times reportedly found a series of internal memos and letters that were distributed between 1994 and 1996 that appear to show the school district and its employees had direct knowledge of the sexual harassment and abuse happening at the school, but failed to take any action or report it to authorities, as required by law.

In one of those memos, which was dated June of 1994, a female student made allegations against the science teacher, saying she wanted to ensure this never happened to another student again. But the school didn’t fire him, and it apparently happened to at least eight more students after that – the one who recently filed the suit and seven others who came forward back in 1996.

School administrators later said they did nothing because school had recessed for the year by the time they got the report. When they did confront him, they accepted his denial and then told him he could be fired if the student decided to press charges. And that was it.

With regard to the physical education teacher, it’s alleged that the teacher began spending more and more time with the victim, began calling her on the phone in the evenings and conversations eventually turned sexually explicit. This behavior progressed into physical action during the school year. This resulted in a relationship that lasted throughout the victim’s high school years, until she was a senior.

Sexual harassment in school settings is very real. While criminal action can and should be pursued as an avenue of justice in these cases, it’s also important to look at obtaining relief through the civil justice system.