A federal sexual harassment lawsuit has been lodged against an electric company in California, amid allegations that women faced discrimination and a sexually hostile work environment. 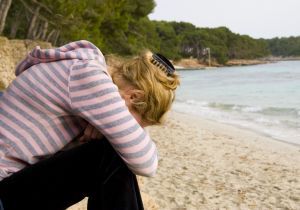 San Bernadino Sexual Harassment Lawyer Houman Fakhimi understands that the allegations span the course of the last two years from at least two branches of the electric firm, which is based in Bakersfield.

According to court documents, the suit, filed in U.S. District Court, alleges that female workers were unrelentingly subjected to harassment by a manager. He would reportedly remark about sexual fantasies he had involving certain female workers. He would encourage them to kiss and sexually touch one another. In some instances, he even asked the workers to engage in sexual acts with him.

The Equal Employment Opportunity Commission has said that he often made explicit and obscene gestures toward them.

Workers say they filed complaints with the company’s management, but nothing was done about it. The offending supervisor wasn’t so much as counseled by management. At least one female worker said she was forced to quit in order to protect herself.

The case is EEOC v. Braun Electric Company. The EEOC said it tried to settle with the company before filing litigation, but the company was not cooperative.

The conduct described by these female workers is illegal under Title VII of the civil Rights Act, but sadly, it is not especially uncommon.

Too often, employers either don’t know their obligations under the law or they don’t care to act upon it. Many times, they may not even recognize what sexual harassment is, and it may even be some time before the victim understands as well.

Sexual harassment can occur under a wide range of circumstances. Most often, people think of sexual harassment as a quid-pro-quo demand. This is essentially the proposition of, “You have sex with me or else I will fire you, demote you, cut your pay, etc.”

But sexual harassment is actually much broader than that. It’s not necessary for a victim to have been economically harmed in order for a case to be brought forward.

It also doesn’t have to be a male harasser and a female victim, as is often the stereotype. It could be the exact reverse, or even same-sex harassment.

Further, the victim doesn’t even have to be the person toward whom the harassment is directly aimed. It could simply be someone who is affected by the offensive conduct.

And what’s more, it doesn’t even have to be inflicted by a supervisor on a subordinate. A harasser can be a person’s co-worker or even a non-employee.

Many work places, when faced with allegations that they did nothing to stop sexual harassment, will hide behind the fact that the alleged victim didn’t go through the channels that are in place to report the issues. Unfortunately, some employers don’t make this information readily available to workers.

In order to bolster your case and make the harassment stop, you may consider meeting with an experienced San Bernadino sexual harassment lawyer before you report the situation to your boss. This way, you can get legal advice on how to proceed in a way that could bolster your chances of a strong case if your employer does not act to correct the situation or worse, retaliates against you after you do report it.

If you are struggling with sexual harassment in San Bernadino, contact the Employment Law Team for a confidential consultation to discuss your rights. Call (877) 529-4545. Serving Orange County, Ontario, Riverside and the entire Los Angeles area.