The government’s largest contract provider of security services has agreed to pay $1.26 million to 26 female employees for pregnancy discrimination, according to the U.S. Equal Employment Opportunity Commission.

Our Los Angeles employment attorneys represent women in the fight for fair treatment in the workplace. Whether the charge is pregnancy discrimination, age or gender bias or sexual harassment, women have the right to work in an environment free of such issues. 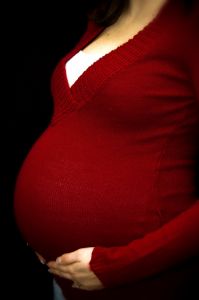 Akal Security, which provides contract security guards at U.S. military bases, was accused of forcing pregnant employees to take leave and discharging them because of pregnancy. The company was also charged with subjecting pregnant women to less favorable terms and conditions of employment, including preventing them from taking annual physicals or firearms training or forcing them to take such tests before their certification expired.

The company also reportedly retaliated by filing criminal charges against an employee who complained of the discrimination.

Akal is one of the nation’s largest contract security companies and operates in 40 states and 20 countries. It was accused of violating Title VII of the Civil Rights Act of 1964 and the Pregnancy Discrimination Act, which prohibits gender discrimination in employment.

“This is a very important settlement that will help protect an entire class of women from discrimination on account of pregnancy,” said EEOC Chair Jacqueline A. Berrien. “This agreement reinforces the EEOC’s commitment to securing fair and equal treatment for all women in the work place.”

In addition to the monetary settlement, the company must report to the EEOC when an employee is required to take a leave of absence while pregnant or is terminated while pregnant. It must also report any testing of pregnant employees and provide additional training for managers.

“Akal operated its business without regard to federal law,” said Barbara Seely, an EEOC attorney. “Employees who become pregnant and can continue to perform their jobs should not be pushed out of traditionally male jobs just because they don’t fit the employer’s image. We are confident Akal now understands the price of allowing this type of illegal stereotyping to drive employment decisions, and that it will ensure pregnant employees are treated fairly going forward.”