A recent spate of sexual harassment claims brought by farmworkers in California and throughout the Western United States highlights a shameful phenomenon that we are just beginning to learn more about. 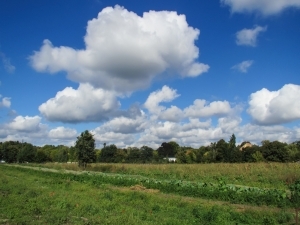 Newport Beach Sexual Harassment Lawyer Houman Fakhimi knows that sexual harassment perpetrated upon this vulnerable population has been going on for years. Sexual harassment in the workplace is largely under-reported as it is. The silence is even more deafening for workers who fear their immigration status may be exposed and they may face deportation. These workers may not understand the protections they are afforded under state and federal laws.

Additionally, farmwork is different than in office atmosphere in that it tends to be a more isolated environment.

The U.S. Equal Employment Opportunity Commission recently filed three separate lawsuits in a single week, alleging sexual harassment at farms in Washington State and Oregon. Although these weren’t specifically in California, the issues here aren’t unique to any one state. We have numerous agricultural sites here in California with migrant and seasonal workers, who may feel they have no where else to turn.

The first case, out Washington State, involved a male supervisor who reportedly sexually harassed numerous male employees. According to the complaint, the general manager peppered his male workers with inappropriate sexual and threatening comments. He reportedly touched them sexually and demanded they watch him while he urinated in front of them. When the workers allegedly complained, management declined to do anything about it. One of the male workers felt he had to quit the job in order to protect his physical safety.

In the second case, out of Oregon, the supervisor at a large onion farm reportedly made sexual comments and requests for sexual favors to a female farmworker. He took it a step further by encouraging her husband to engage in domestic violence, at one point saying in public to the husband that the husband should murder his wife. What’s more astonishing was that the husband did in fact attempt to kill his wife, the supervisor then scolded the wife for having him arrested. In turn, he fired her.

And finally, another case out of Washington involved a supervisor at an egg supplier who reportedly demanded that a female worker have sex with him in order to keep her job. The woman reportedly worked alone in the barn with the supervisor, who was the only manager at the facility.

These cases join three others that were filed in the last six months on behalf of farmworkers, including one in Northern California on behalf of grape vineyard workers (who won an award of $150,000) and another in Southern California on behalf of a table grape farmworker (who won $350,000). In the last case, the farm was required to use part of the settlement money to implement sexual harassment training for both its staff and supervisors, and provide easily accessible information on sexual harassment and retaliation in multiple languages to workers.

Sexual harassment can be extremely overwhelming. Let us explain your rights and what your options are moving forward.

If you are struggling with sexual harassment in Newport Beach, contact the Employment Law Team for a confidential consultation to discuss your rights. Call (877) 529-4545. Serving Ontario, Riverside and the entire Los Angeles area.