With the holiday season upon us, workplaces throughout the country engage in the annual tradition of a seasonal party, often capped with plenty of alcohol. In this environment, inhibitions are lowered and the opportunity for sexual harassment spikes. 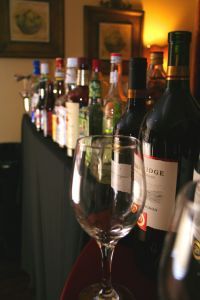 San Bernadino Sexual Harassment Attorney Houman Fakhimi wants you to understand that a claim is no less legitimate just because it stems from events that occur at a work holiday party.

Such was the case in Shiner v. State University of New York in Buffalo, New York.

According to court records, the complainant was a clerk at a dental university in New York, which held an annual Christmas party. She indicated that in prior years, she had suffered sexual harassment by an associate dean and the director of clinical operations – both of whom had supervisory power over her, though she did not report directly to either.

So when she received an invitation via e-mail to the 2010 holiday party at a local bar, she did not want to attend. She later decided to go anyway, and was seated next to both men who had caused her problems in years past. This time, she alleged, it was worse.

Among the most egregious acts allegedly committed by the assistant dean were:
–Fondling of her breasts;
–Placing his mouth on her ear and inserting his tongue;
–Chasing her around the table;
–Grabbing both the plaintiff and another female employee by the necks and bending them over a table in front of other staffers;
–Pushing the faces of the plaintiff and another female worker together and ordering them to kiss, and saying he wanted to engage in sexual activity with both of them simultaneously;
–Pulling the plaintiff onto his lap and asking her to meet him somewhere after the party;
–Forcibly squeezing and pinching the plaintiff’s ribs.

The following day, the woman said she told her boss she was extremely upset, humiliated and physically violated. He did nothing, so she filed a complaint with the employee relations office. As a result, the dean was suspended without pay and informed that his current contract would not be extended. No action was taken against the director of operations.

She has since filed a civil suit against both men and the college, alleging sexual harassment under state and federal anti-discrimination laws, as well as claims of battery and assault.

Attorneys for the university filed a motion to dismiss, which the U.S. District judge for the Western District of New York denied, allowing her claim to proceed.

The fact that it is a holiday or there is alcohol being served is no excuse or justification for employees to be forced to suffer sexual harassment. If you are a victim, contact an experienced San Bernadino sexual harassment attorneys as soon as possible to discuss your options.